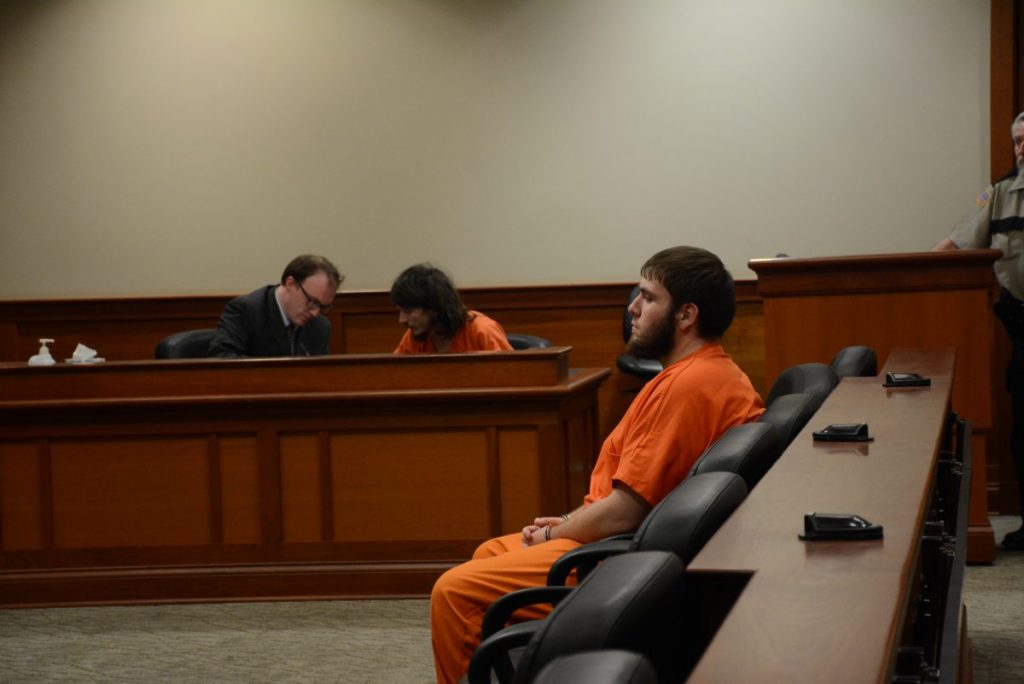 The second court hearing on the Michael B. Bickett case was held on Wednesday, January 18th at 2:30 p.m. at the Hancock County Judicial Center. Judge Gregory Vincent was presiding and it was decided that the hearing be in-person.

Hancock County Attorney Paul Madden, Jr. requested that Bickett’s first charge of Leaving the Scene of an Accident/Failure to Render Aid or Assistance be dismissed and that dismissal was granted by the judge. The charges of Wanton Endangerment in the first degree and Operating a Motor Vehicle Under the Influence of Alcohol, were waived to the grand jury.

Bickett’s bond will be modified by the agreed order of his attendance in rehabilitation treatment, which was arranged by his public defender. He will remain at Breckinridge County Detention Center and will only be released to go to treatment.

The wreck and Jacoby C. Gray’s death both occurred in Indiana and charges there have not yet been filed. ISP Jasper Post’s Detective Fisher was assigned to the investigation.

Bickett (27), of Hawesville, was arraigned on Tuesday, January 3rd. He was arrested on Friday, December 23rd, 2022 and has been detained since at the Breckinridge County Detention Center. He was charged with Leaving the Scene of an Accident, Failure to Render Aid, Wanton Endangerment in the 1st degree (a Class D felony in Kentucky) and Operating a Motor Vehicle Under the Influence. His bail was set on December 24th, 2022 at $10,000.

He admitted to driving drunk and crashing his vehicle with Jacoby Gray (22), of Hawesville, as a passenger on Thursday evening, December 22nd. He said he was unable to find Jacoby and left without him.

Bickett also stated he couldn’t remember where they wrecked and prolonged the search further by refusing to sign paperwork for police to access Google Maps on his phone. He finally signed that Saturday. Hancock County Sheriff’s Deputy B.J. Burton had been leading the search, which lasted for 3 days.

Jacoby had hit his head on the windshield when Bickett slammed into a guard rail on a dead end road behind Perry County Memorial Hospital. He was bleeding profusely and left the vehicle, most likely walking to find help. It was negative 25 degrees that night. The suspected cause of death was a combination of loss of blood and hypothermia.

Bickett is a convicted felon and had been released from prison in early 2022. This is an ongoing investigation and the prosecutor in Perry County is Samantha Hurst.