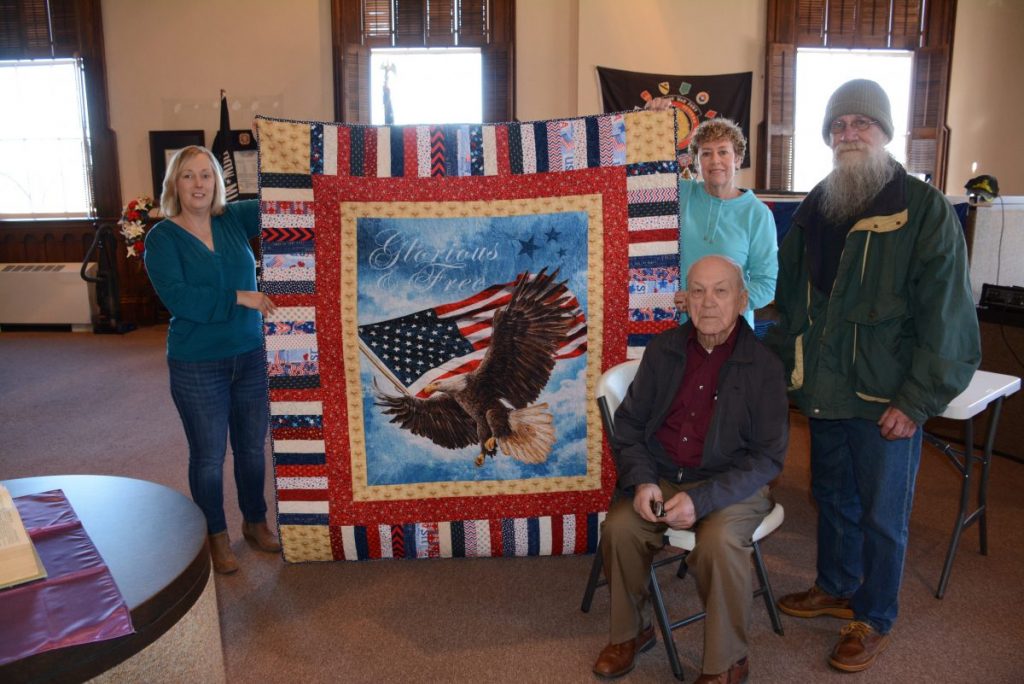 Jennifer Bippus, Group Leader for the Louisville Quilts of Valor Foundation (QOVF), led a Quilts of Valor Award Ceremony on Sunday, January 15th at the old courthouse in Hawesville at 12:30 p.m. 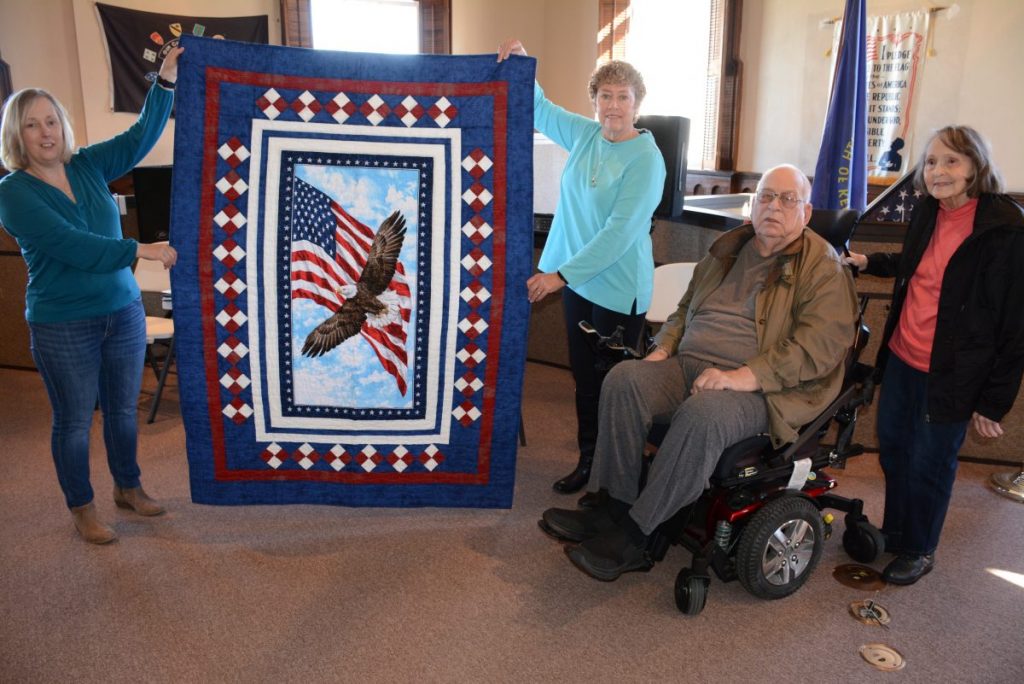 “We are very honored to be able to present a quilt to our Veterans who have given so much to our nation,” Jennifer said. “We hope it is a source of healing and comfort to them.”

As part of the award ceremony, Jennifer shared the history of the QOVF and how the founder, Catherine Roberts, came up with the mission of the organization and how she sees the quilts helping the veterans. They are a 100% volunteer organization.

“We purchase all of the materials with either money we have raised or with our own personal money to make the quilts,” Jennifer said. “Each quilt takes an average of 40-50 hours to make using quality, quilt shop fabric. This is a quality quilt that we make to honor our Veterans in active duty who have been touched by war.”

QOVF began in 2003 when founder Catherine Roberts’ son, Nat, was deployed in Iraq and she had a dream she said was “as vivid as real life” of a young man sitting on the side of his bed in the middle of the night, hunched over. She said the dream left her with a “permeating feeling” of “utter despair.” Catherine said of her dream, “I could see his war demons clustered around, dragging him down into an emotional gutter. Then, as if viewing a movie, I saw him in the next scene wrapped in a quilt. His whole demeanor changed from one of despair to one of hope and well-being. The quilt had made this dramatic change.”

The message of her dream, she said, was Quilts = Healing. The mission statement of QOVF is: “To cover Service Members and Veterans touched by war with comforting and healing Quilts of Valor.”

For those who would like to receive a Quilt of Valor, Jennifer said the requirements are: to have served in one of the branches of the military or the Dover Mortuary, to have had an honorary discharge and to have been touched by war. “That last part (touched by war) is really up to the Veteran or the active duty person to decide,” she said.

“Typically either a person will nominate someone, or someone will nominate themselves and it gets added to our group,” she said. “In Louisville we have 2 presentations a year. If there are Veterans out where there isn’t a local group then we will coordinate to do a group or private presentation.”

If you would like to nominate a person to receive a quilt or nominate yourself, you can go to the website: www.Qovf.org and fill out the nomination form. That form will then be sent to the group that will be making the quilt and awarding it.

You can also find information on the website of how to join and/or donate, as well as upcoming events. Carolyn Elliott is the Kentucky State Coordinator for QOVF.