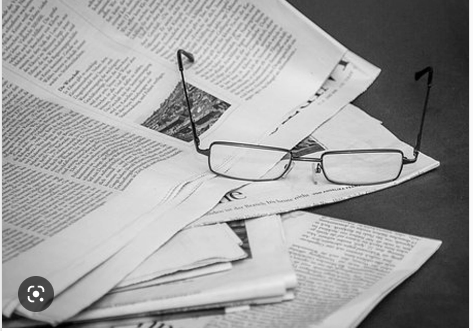 If Kentucky House Bill 71 is passed, how will that affect small newspapers and also, how will it affect you, as citizens, and how you receive important information from government agencies in your county and state?

I had the opportunity to ask Dave Thompson this question. Thompson is the Executive Director of the Kentucky Press Association. In the following paragraphs, he explains why you should talk to your state representatives and ask them to vote against this bill that some have been trying to push through for years.

Keeping it in newspapers – you’ve got a third party, a non interested party, which is the newspaper publishing everything. We do not want the government agencies to have that control. We have fought this legislation, or similar legislation, every session since 2005. We’ve always been able to either defeat it or to negotiate with the sponsor to language that’s acceptable to us. We’re hoping that they’ll either not push this legislation or sit in and talk with us about our concerns.”

If passed, the bill would affect anything that cities, counties or public school boards are responsible for publishing. The election ballot and things of that nature would stay in the newspaper.

The government agencies would only have to publish a small ad in your newspaper but it would just be referring you to their websites. You would not be able to open your newspaper and read the information. All of the details you would have to read online on these government websites.

This means that you’d have to first have internet access and a computer and then go to each website and find the information where they’ve posted it. Much of the previously published public information you’re used to seeing printed in the newspaper, those details you’d have to find on the websites, such as for the airport board, the school district, perhaps a water company, City of Hawesville, Hancock County, etc.

If the bill is passed, Thompson said: “All of those public agencies would be doing this so the public would have to go to a variety of websites to find out what their government is doing, when right now they can just go to the newspaper (to find that information).”

Kentucky HB 71 was introduced on January 4th, 2023 in the second day of the session and has not yet been assigned to a committee.

“Once we find out what committee it’s going to and when that committee is going to meet, we will let all the newspapers know,” Thompson said. “It would not hurt now for readers, if they’re concerned about government transparency, to start contacting their state representatives and say, ‘When House Bill 71 comes up, you need to note against it.’”

He added that, “The public agencies argue that it is a costly endeavor to have to advertise these notices in newspapers. A study that the Legislative Research Commission did on its own shows that, on average, a public agency spends less than one percent of its total budget on putting public notices in newspapers. When they say it’s ‘costly endeavors’ that’s a bunch of hogwash.”