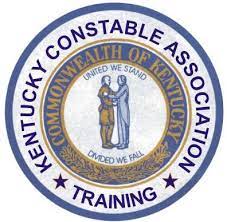 The Hancock County Fiscal Court monthly meeting was held on Monday evening, November 28th. One of the main topics discussed was how the passing of House Bill 239 will affect newly elected constables and their ability to serve the County.

Kentucky House Bill 239 was introduced in the House on January 7, 2022 and was passed on February 28, 2022. The Kentucky House of Representatives approved it by a 59-38 vote. It was passed in the Senate on March 29, 2022, making it a new law on April 8, 2022 that will remove the ability of newly elected constables to exercise general police powers unless they are first certified in professional training through the Department of Criminal Justice Training (DOCJT) in Richmond. The law will require new constables to complete the same 20-week training course that covers criminal law, defensive tactics, patrol procedures, tactical response, traffic investigations and other classes in order to exercise the same powers as a police officer. (Current constables were grandfathered in without training.)

Constables are a valuable resource to small police departments, sheriff’s departments and to Kentucky State Police. They are not paid and some have full-time jobs in addition to the work they do as constables. Most just don’t have time to do the schooling and in addition, most of the rural areas don’t have the funding to pay for the additional courses they’d need as required by this new law. Also, a lot of counties can’t afford to hire more law enforcement officers to do the valuable tasks that constables have been able to do for years now. These considerations make it more of a rural issue than an urban issue and Hancock County being a smaller, rural county, will likely be negatively affected.

Those in favor of this new law are arguing that it would not hinder newly elected constables from serving their communities in such ways as directing traffic, providing funeral escorts and serving subpoenas, and that it would also allow constables to apply to any certified basic training course. The bill requires the KY DOCJT to accept at least one qualified constable in each training class.

Judge/Executive Johnny Roberts voiced his concerns that echoed the ones by several House Representatives about the new law. “For small communities that use their constables like we do,” he said, “it’s not a good deal. I spoke publicly against it. For us – we use those folks. They help serve papers, help at football games and at the grade school entrances, etc. With the new legislation, newly elected constables won’t have any authority. It’ll affect them regarding their requirements of what they’re allowed to do. I’m sure that will be a little bit of a process to see how that looks once everything gets started. Hopefully in the next session that’s looked at a little bit closer because some of these smaller counties, like ours, we use a lot of our constables. That law is a hindrance to small communities, in my opinion, so I’m hoping they take another look at that. We’ll have to see what that looks like moving forward.”

The Kentucky Constable Association is in the process of suing the Kentucky Legislature. Vice Chair, Larry Watkins of Bullitt County, filed a lawsuit requesting an injunction against the new law and 5 other members of the association have joined the suit. They are: Jerry Edwards, Treasurer, along with 4 members who will become constables in January, 2023.

Watkins stated in a press release that the new law will prevent constables from serving the very citizens who elected them. “We are peace officers you see when you pick up your kids at school, attend church on Sunday or drive in funeral processions. We are here to assist the police and sheriffs in public protection but this law ties our hands,” Watkins said in the news release. “My voters are very unhappy about that, so the Association and I are stepping up to challenge it.”