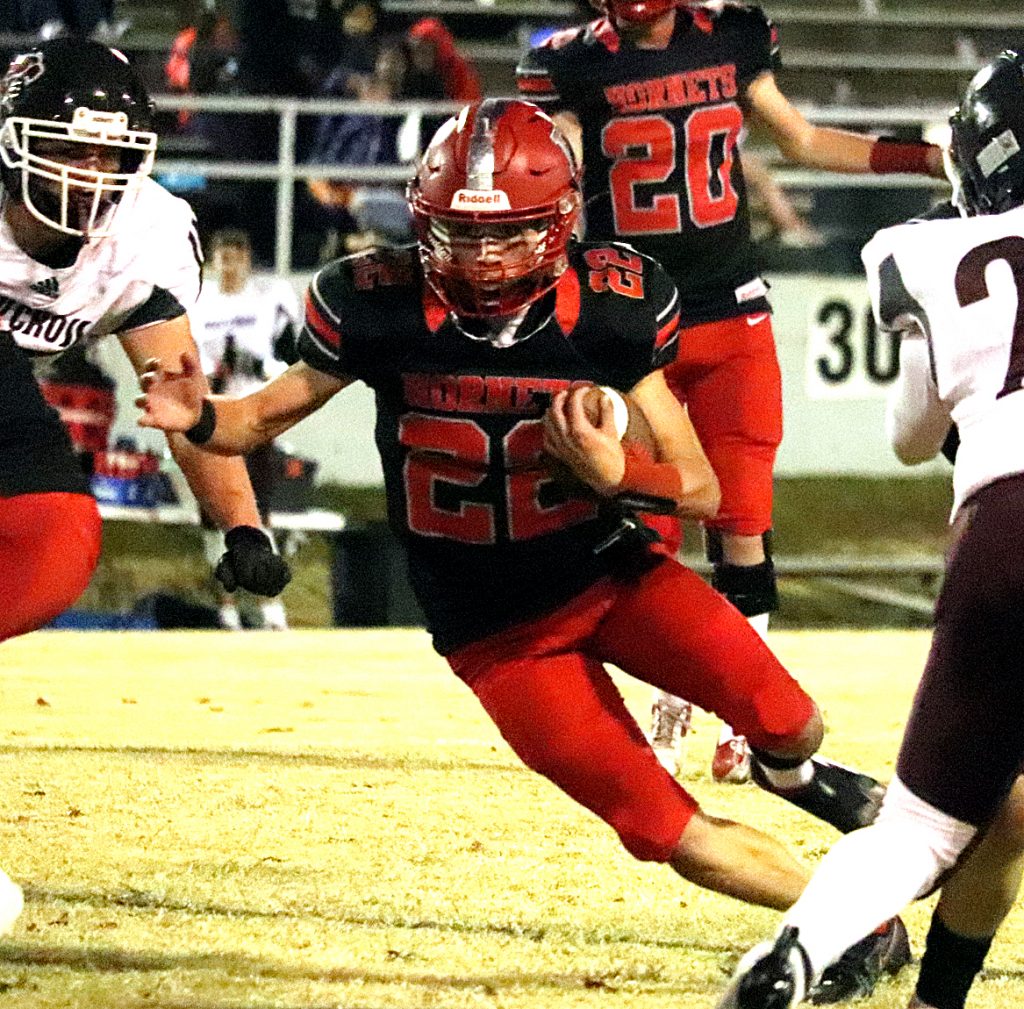 It was an entertaining contest during the final football game of the season at HCHS’s beautiful Schafer–Glover Field Friday. The Hornets scored the last touchdown of the game, but fell 38-30 to the Cougars of Louisville Holy Cross. Hancock County completed its season with a win-loss record of 6-4.

“We challenged the boys to come out and play with some pride and they did that. We came up a little short, but we got after it and I was pleased with the effort,” HCHS coach Bobby Eubanks said.

Holy Cross blocked a punt early in the first quarter then scored the game’s first TD on a 1-yard plunge.

Hancock County looked to answer right away and after a hard run by Logan Willis the Hornets went to the air. Cole Dixon rolled out and threw an arching pass to Kaleb Keown for a 44-yard reception. Another Dixon-to-Keown completion set up a 10-yard TD run by Dixon. Alex Basham converted the 2-point play and the Hornets led 8-7.

The Cougars regained the lead early in the second quarter when quarterback Chris Perry hit Rolen Royse for an 8-yard TD reception.

Hancock County faced a fourth–and–one at their own 44 yard line and elected to go for it. Jack Duncan got the first down and much more when the senior, with help from teammates, fought his way for a huge 20 yard gain.

Dixon went back to his arm and connected with Evan Ferry on a completion to the Cougars’ 21 yard line. On the next play Dixon threw from the pocket and Keown made a great catch in the end zone for a TD.

Holy Cross responded quickly and Perry capped off a drive with a 5-yard TD run to give the visitors a 21-14 lead. The Cougars later added a 30-yard field goal and the score was 24-14 at intermission.

Coach Eubanks surprised Holy Cross when he called for an onside kick to begin the second half. The gamble paid off as Austin Volocko made the kick and Aiden Weatherholt made the recovery for the Hornets.

The Hancock offense began their drive at the Cougars’ 40 yard line and later faced a fourth–and–20 from the 23 yard line. Dixon rolled out to his right then threw the ball up high toward the end zone. Keown was there and the 6–foot–4 receiver jumped up high and made the catch for his second TD of the game. Duncan added the conversion and the Holy Cross lead was trimmed to 24-22. 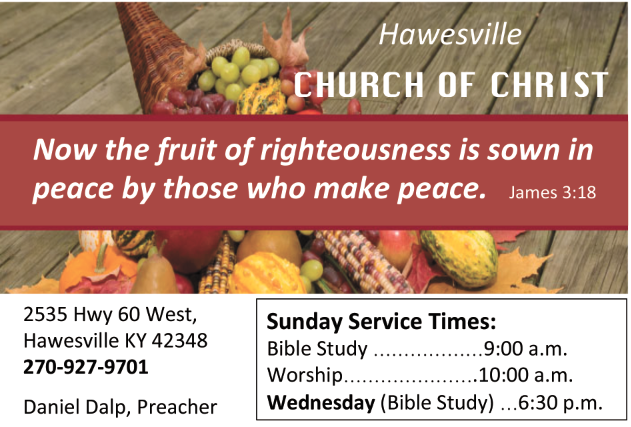 The Cougars were not to be denied as they took the ensuing kickoff and marched down the field. A long pass play set up a 3-yard TD run by Perry and the score 31-22.

The Hornet offense sputtered and was forced to punt from their own end zone early in the fourth quarter. Volocko got off a good kick and the HCHS defense stepped up big.

Weatherholt sacked Perry deep in the backfield and the Cougars later exchanged punts.

Holy Cross later scored their final TD when Tyler Ballard crossed the goal line from one yard out to make the score 38-22.

The Hornets had just over five minutes to work with and Basham ran for a first down to the Hornets 32 yard line. Willis and Basham combined to move the chains again before Volocko made a great catch on a great throw by Dixon. The reception gave Hancock County a first–and–goal at the 10 yard line. On the next play Basham took the ball running left and the big junior turned the corner and scored the TD. Duncan scored the 2-point conversion to make the final score.

Ross Powers had 11 total tackles for the defense. Weatherholt had nine and one sack, Duncan and Volocko had seven each, Jack Roberts made five stops, Drew Lyday and Cooper Jones had four each, Braydon Wathen made three tackles, Basham made two, and Garrison, Jacob Fuqua and Lawson Ward all made one stop each.

Perry had 105 yards and three TDs for Holy Cross.