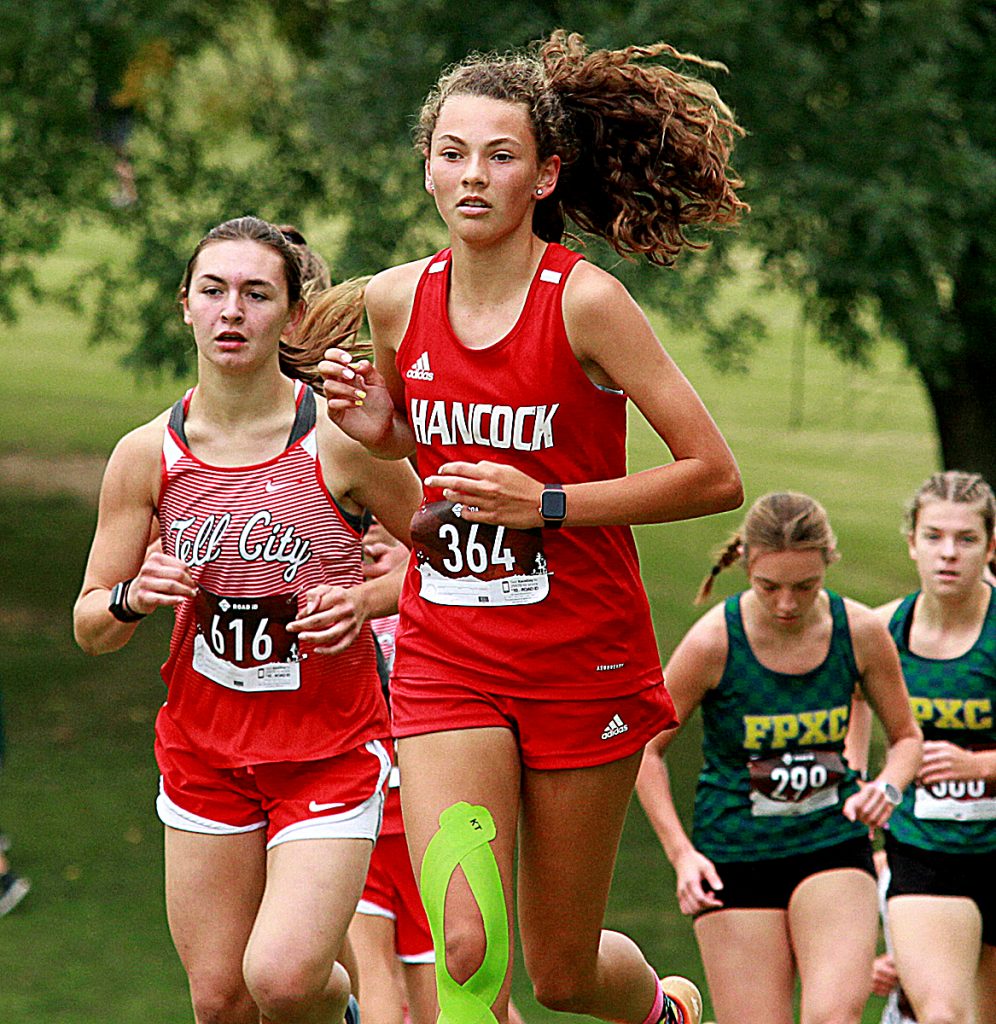 “All of our boys and six of our eight girls ran season best times,” Hancock coach Wes Meserve said.

“Izzy ran her best regular season time ever. She’s well ahead of where she was last season and is ranked second in the region. Lexus ran a good time, but she was struggling. Based on what I’ve seen, I think she can go at least 30 seconds faster,” Meserve said. 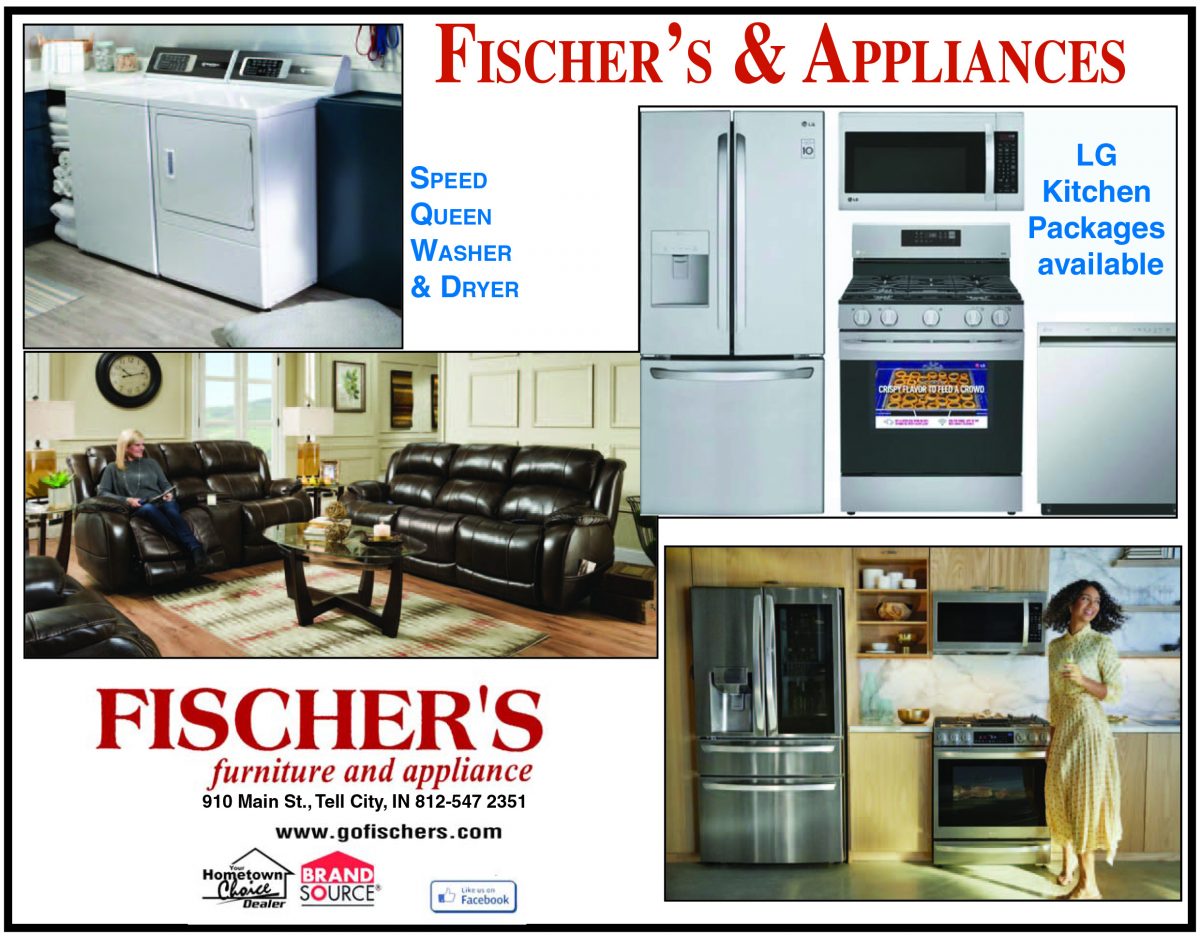 “The most successful teams I’ve coached have all been very good at packing together. If they can learn to consistently run together they are going to be very tough in the future.”

Cordelia Hoover of Evansville Reitz won with a time of 19:07.

“Hunter broke into the 17s and Emmitt was in the 18s for the first time,” the coach pointed out. “Emmitt’s time ranks 13th in the US this season among 7th graders.

“Max had a huge race and he improved his time by over two minutes. They’re really starting to look like a team and work together.”

Ellen and Elias Meserve both won their respective races during elementary competition at Yellow Creek Park on Sept. 20.

Elias won the 2U boys division with a time of 4:37. Beckham DeJarnette was second in 4:43.