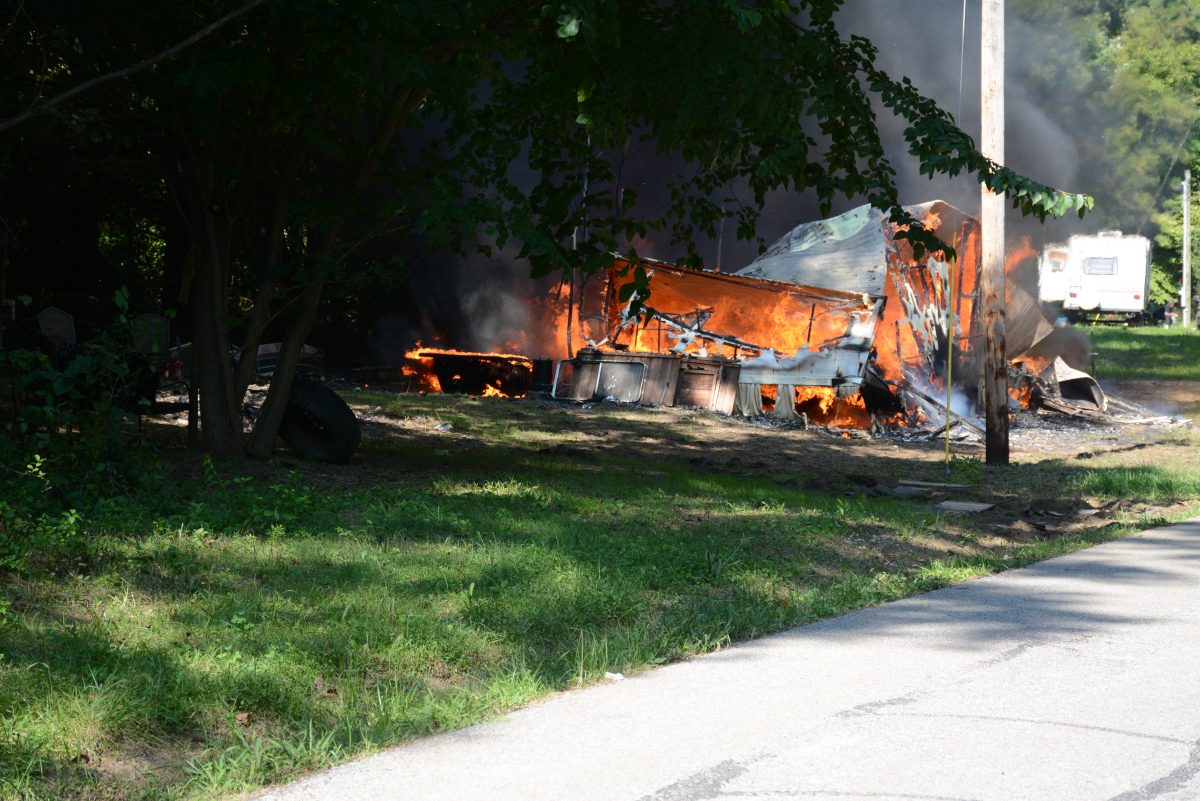 Just South of Hawesville on Tick Ridge Road, an old trailer and RV caught fire and both burned to the ground Sunday morning, September 18 at around 10:00 a.m. No one was living in either of the structures.
Justin Edge, the owner of the RV, lives a little over a mile away on the other end of Tick Ridge Road with his mother, Connie Limer.
They were both informed Sunday morning about the fire. Connie said, “Justin was home in bed asleep when it happened.”
They said they have no idea what caused the fire.
The property where the trailer and RV were sitting belongs to Darren Reid, of Indiana.
The old trailer sitting in front of Edge’s RV on the property had belonged to Reid’s father who passed away. It had been sitting there for years. There was no electricity, water or any other utilities hooked up to either of them.
Edge’s RV was very old and he did not have insurance on it.
They are not sure which one caught fire first, but both structures were completely burned to the ground.