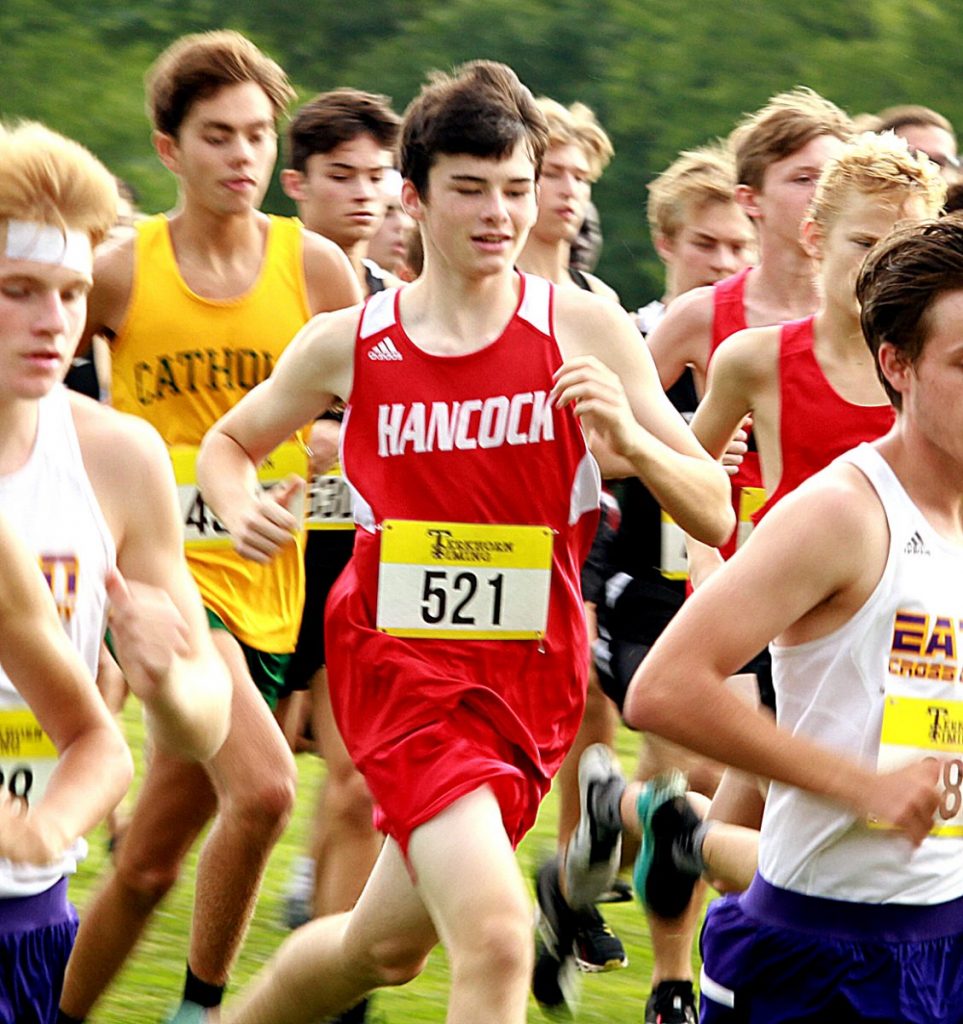 Stephens completed the 5K course in an impressive time of eighteen minutes, ten seconds. He crossed the finish line 44 seconds before the second place runner.

“The boys are really starting to develop. They look like a team that wants to win,” HCHS coach Wes Meserve said. “With these boys all being underclassmen, we’re really training for the future.”

Lexus Ralph led the HCHS girls with a second place finish in a time of 21:58. She was 16 seconds off the pace of Emma DeWeese of South Spencer.

“Overall, I was very pleased with our runners this past week. Over half of our kids ran either season or career best times,” coach Meserve said.

“Izzy now has the second fastest time in the region and Lexus is #6. The girls are looking strong individually. If we can ever get them all on the same page at the same race they’ll be a very tough team,” the coach said.

Elias Meserve was first among second graders with a time of 4:37. Beckham DeJarnette was third in 4:58 and Oonagh DeJarnette ninth in 5:10. Alyson Goodall was 10th in 5:17.