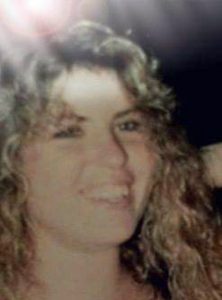 Cinthia A. “Cindy” Edge, 56, of Lewisport, passed away on Wednesday, September 7, 2022 at Owensboro Health Regional Hospital.  She was born in Lawton, OK on December 29, 1965 to Richard Vertrees and Teresa Lanham.

Cindy worked in the restaurant business for many years.  She enjoyed her pets and adored her daughter and grandchildren.

Cindy was preceded in death by her mother, Teresa Lanham and a brother, Richard Vertrees.
She is survived by her daughter, Amy (Jon) Wells; grandchildren, Jacob Edge and Paisley Edge; sister, Deanna Anderson.

Cindy’s wishes were to be cremated and a memorial service will be scheduled at a later date.  Gibson & Son Funeral Home, Lewisport Chapel has been entrusted with care.  Share your memoires and condolences with Cindy’s family at www.gibsonandsonfh.com.

Posted in Obituaries and tagged Cinthia A “Cindy” Edge obituary