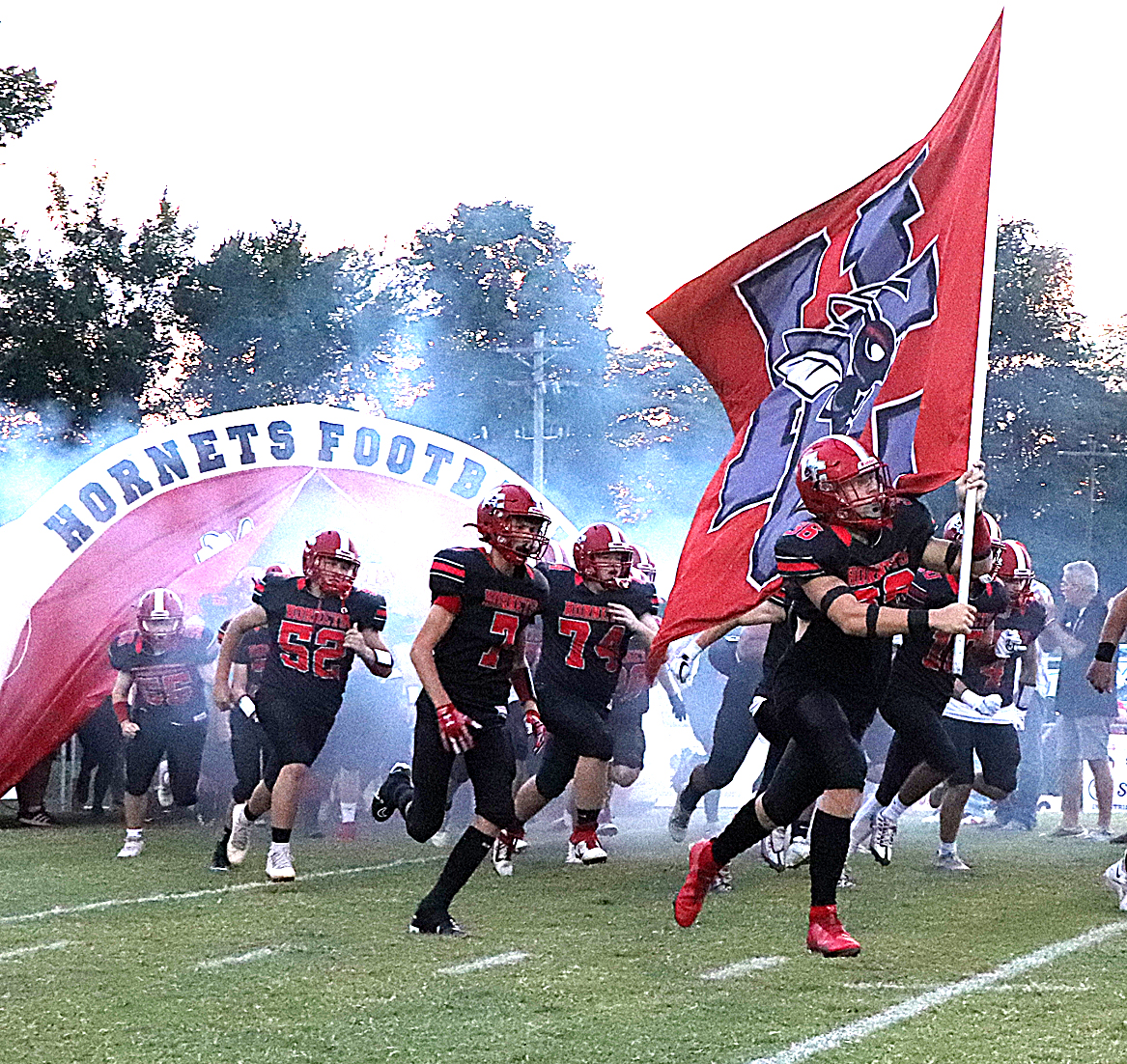 The Tell City Marksmen will cross the Lincoln Trail Bridge Friday night for a much anticipated football game with the unbeaten Hornets. This will be the first ever contest between the two teams.

“We’ve worked for years to get them on the schedule, because we knew it would be a good gate for both schools, and we got it done. We’ll be playing for a least the next four years,” HCHS coach Bobby Eubanks said.

The Marksmen come into the game with a 1-3 record after falling 35-7 to North Posey last week. Tell City’s lone win was a 43-26 victory at Forest Park on Sept. 2. In that game Trent Cail, #7, and Tyce Dupont, #6, starred for the Marksmen. Cail rushed for 219 yards and three touchdowns, while Dupont gained 101 yards and also scored three TDs. Tell City has shown little in regards to passing this season.

In contrast, the Hornets’  passing game has shined in 2022. Quarterback Cole Dixon has completed 31 of 41 pass attempts for 649 yards, with 12 touchdown passes through four games. Hancock County’s rushing attack is also strong, as Logan Willis leads the way with 261 yards and four TDs. The team has scored 13 times on  the ground and 13 times through the air. This balanced attack has proved extremely difficult for opposing defenses. The 4-0 Hornets have out scored their opposition by a total of 204 to 17.

“Tell City is a tough, gritty group and you can see that on film. They get off the ball hard and they fly around. So, we’ll have to buckle down and play good defense,” Eubanks said.

The Hornets have played quite well defensively, having won by shutout in three of four games this season. Freshman Ross Powers leads the team in tackles with 40. Aiden Weatherholt and Jack Duncan are close behind and Austin Volocko leads with three interceptions.