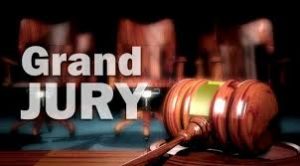 Comes the grand jury, by the foreman, and reports to the court that they met in session on the 7th day of September 2022 to consider all pending matters at that time. After having heard testimony from various individuals, a total of five True Bills and zero No True Bills were returned.

The Hancock County grand jury indicted two Daviess County residents on a variety of theft related charges. Maceo resident Matthew D. Bailey and Owensboro resident Monta D. Goodnight each face charges of burglary in the third degree, criminal trespassing in the second degree, theft by unlawful taking parts from a vehicle, theft by unlawful taking or disposition all others $10,000 but less than $1 million and criminal mischief in the third degree. The duo stands accused of committing the offenses in July of this year.

Hancock County Sheriff’s Deputy Aaron Emmick wrote in the criminal complaint against the two men that they entered onto the Ronald Toler property on Knox Lane and stole a variety of items. Emmick accused the pair of taking a 60-inch Bad Boy zero turn lawn mower, a Polaris Ranger XP, a gas power washer and a portable air compressor. The men then took the items to a barn in Daviess County. In addition to these items, the duo also stands accused of stealing a truck in Henderson and taking a license plate from a city of Lewisport vehicle.

The grand jury accused Young of committing the offenses on October 18, 2021. Young stands accused of possession of marijuana, possession of drug paraphernalia and possession of a controlled substance in the first degree.

The Hancock County grand jury indicted Owensboro resident Katherine Howard on a variety of theft related charges. The grand jury accused Howard of fraudulent use of a credit card, unlawful access to a computer in the first degree, theft of identity and theft by unlawful taking $1,000 or more. She stands accused of committing the offenses on July 24, 2022.