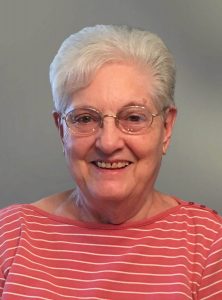 Dorothy Merle Pryor  88, of Lewisport, Kentucky went home to be with the Lord on Friday, September 9, 2022 at the Heartford House in Owensboro.  Dorothy Merle Wilson was born November 8, 1933 in Calhoun, Kentucky to the late Barney and Myrtie D. King Wilson and was married to Eugene Franklin Pryor October 27, 1956.  Dorothy Merle was a homemaker, earlier worked at General Electric in Owensboro, the former Houchens IGA in Lewisport and was a member of the Holiness Faith.  She enjoyed gardening, working on her crafts, crocheting, quilting, and spending time outdoors.  In addition to her parents, Dorothy Merle was preceded in death by her husband of 65 years, Frank Pryor, who died December 7, 2021 and by two sisters, Geraldine Ford and Judy Baughn.

Survivors include a daughter, Janet Bryant (Donald) of Hawesville; two grandchildren, Lacey Bryant (Aaron Hagman) of Gallatin, Tennessee and Logan Bryant (Taylor) of Hawesville; a great grandson, Jordan Royce Bryant, with another great grandchild on the way; a brother-in-law, Ed Ford of Fairborn, Ohio; and a sister-in-law, Joan Pryor of Beverly Hills, Florida.

Share your memories and photos of Dorothy Merle at musterfuneralhomes.com.