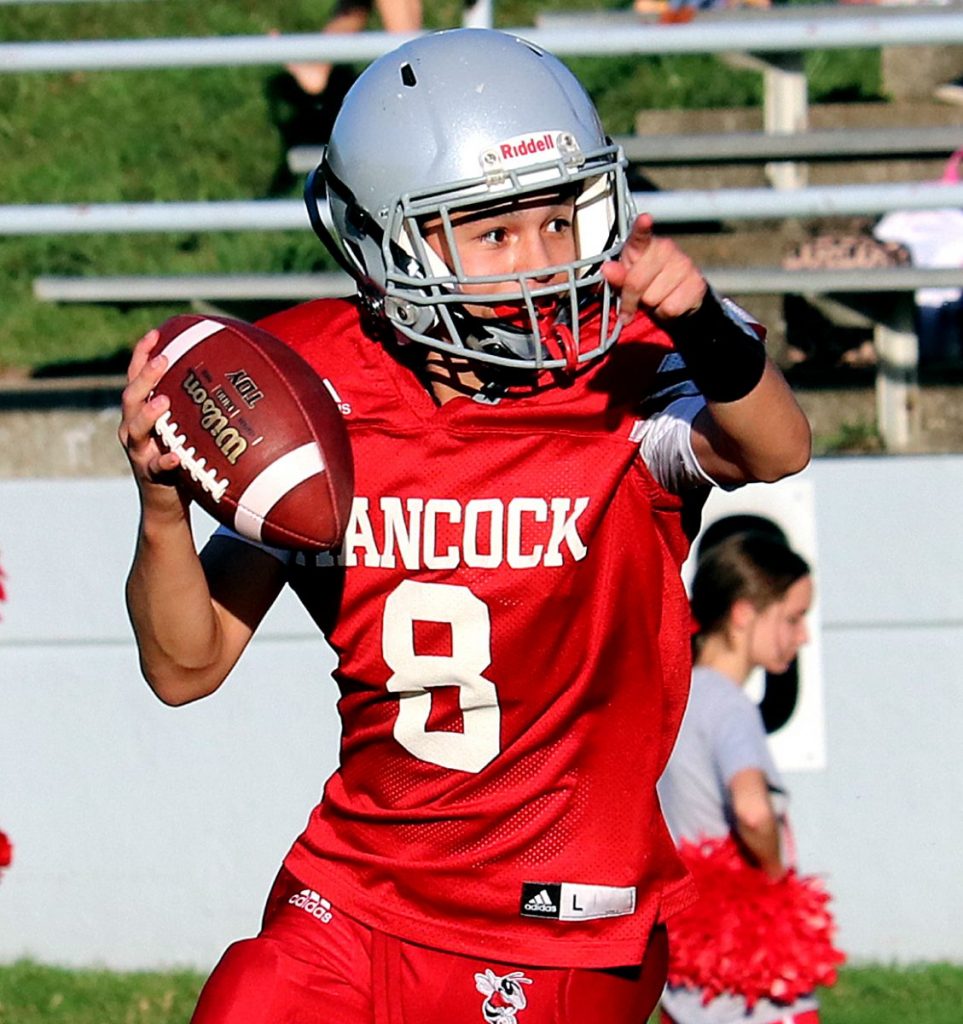 The young Mustangs grabbed the early lead when their quarterback broke free for a 65-yard TD run in the first quarter. The Hancock County defense played well to contain the talented QB the rest of the way.

“Our defense did a great job corralling their athletic quarterback. I thought we flew to the ball,” HCMS coach Jeff Kessans said.

Boling put the Hornets on the scoreboard early in the second quarter when the QB scored on a 1-yard run.

Hancock County got the ball back late in the first half and Boling scrambled for an exciting 10-yard TD run as time expired. The score, followed by a Christian Yanez conversion, left the Hornets leading 14-6 at intermission.

The second half belonged to Eubanks and the Hornet defense. The ‘D’ kept the Mustangs quiet while Eubanks ran wild. The 8th grader scored on TD runs of 35, 57 and 30 yards, the second of which came on a fumble return. Eubanks also had another long TD run that was called back.

Successful conversion runs by Yanez and Quaid Estes in the second half helped account for the final margin of victory.

Boling completed 2 of 3 pass attempts for 56 yards. Landon Hendricks had one catch for 31 yards and Graham Shearn caught one for 25 yards.

Eubanks gained 110 yards on six carries. Yanez ran twice for 22 yards, Boling had 16 yards on seven runs, and Kyle Anderson had one carry for four yards.

Eubanks led the defense with 11 tackles, including the fumble return for TD. Yanez made 8.5 stops, Hendricks had 4.5, Anderson 3.5, Shearn 3 and one sack, Blake Haycraft 3, Boling 2.5, Grant Smith 1.5 and one sack, Grant McFarling 1.5, Brayden Roberts, Ashton Vogt and Keegan French all had one stop each.