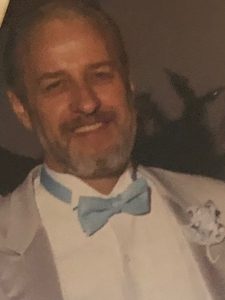 Jack Lee Basham, 77, of Tell City, passed away on August 11, 2022 at his home. Jack was born in Tell City on September 8, 1944, to the late Carmil and Antoniette (Wheatley) Basham. Jack was a member of the VFW, Loyal Order of the Moose, Knights
of Columbus, and the American Legion. He enjoyed watching TV especially boxing, IU Basketball and the Louisville Cardinals. He also enjoyed doing Origami.

Jack is survived by his wife Lou (DeJarnett) Basham, his daughters, Tina (Joelee) Wheatley of Hawesville and Sandy (Omer Allen) Kellems of Tell City; grandchildren, Brandon, Sabrina and Dylan Wheatley and Crystal Crowley; great-grandchildren, Carson
and Sadie Mae. In addition to his parents, Jack was preceded in death by his sister Sharon VanWinkle.

At the request of the family services will be private with burial in Greenwood Cemetery.
Condolences may be left online at zoercher-gillickfuneralhome.com.