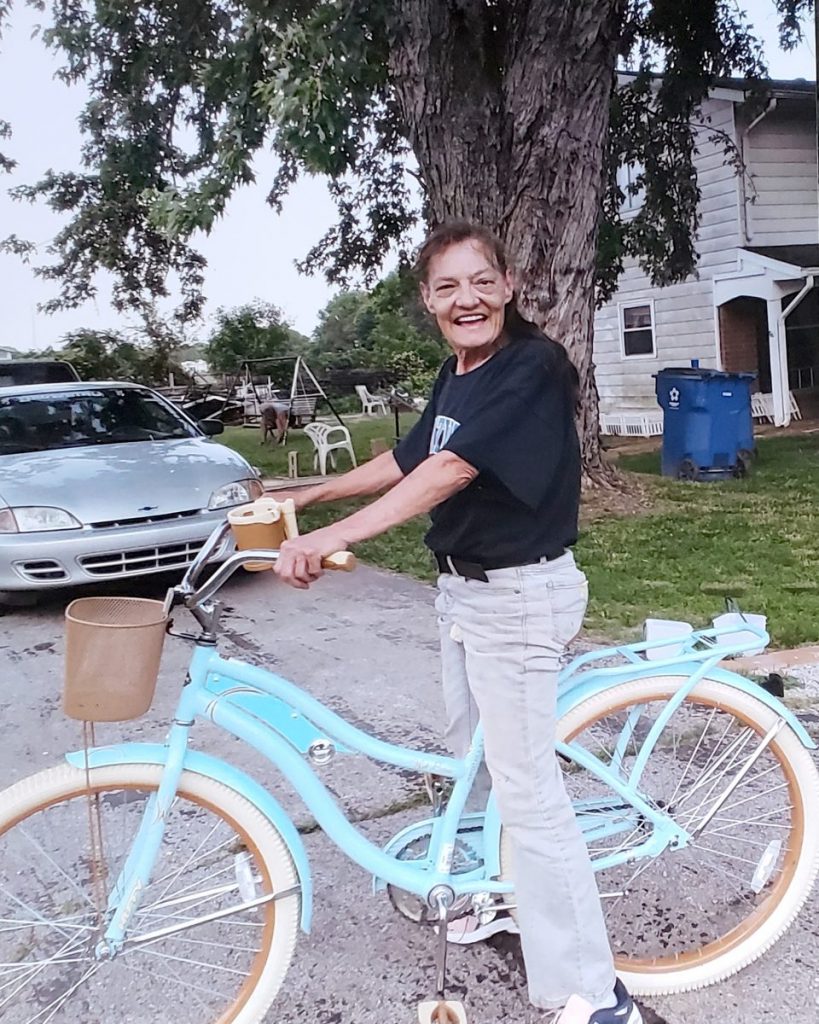 The legal guardian of a 62-year-old woman who died May 24 after being struck by the mirror of a passing vehicle on Kentucky Highway 657 (Fourth Street) in Lewisport May 16 has expressed concerns as to why the incident was not reported publicly by local media or police officials.

Tracy Cassaday, guardian of Mary Alig, 62, said late last week she had filed an open records request for the collision report completed by Officer Greg Linn of Lewisport Police Department, but that the request was denied because she had not attached legal guardian paperwork.

Cassaday said she inquired of Chief John Garner why the information had not appeared in the Hancock Clarion. She said Garner had claimed “someone” had posted on Facebook “That it wasn’t a serious accident.”

There have been no posts on social media nor any other public comments by the staff of the Clarion to that effect.

“I’ve been trying to get the police report, they’ve said I can’t,” Cassaday said. “I am concerned that it was not publicized; I don’t want her death to go unnoticed.”

According to a report by Lewisport Police Department Officer Greg Linn, around 8:55 p.m., May 16, Alig, of Nancy Avenue, was walking southbound against northbound traffic when she was reportedly struck in the right torso region of her body by the mirror of a vehicle operated by Angela M. Padgett, also of Lewisport.

The driver rendered aid to Alig and called 911 for assistance. First aid was provided at the scene by Hancock County EMS prior to transport to Owensboro Health for treatment of injuries.

Linn reported Padgett stated she did not see Alig prior to the collision, and she voluntarily submitted to a blood sample test, which was collected by Hancock County EMS. The sample was forwarded to Kentucky State Police – Madisonville Field Lab.

Cassaday said Alig was treated at OH for lacerations to her liver, had her spleen removed, and had partially collapsed lungs. She entered emergency surgery just after she arrived at the hospital on May 16.

She said Alig was walking to the store at the time she was struck. Cassaday said Alig was developmentally disabled and had the emotional age of 13 years old.

“She lived with me for about seven of the past nine years,” Cassaday said. “She had no family, as she was adopted at a very young age.”

Clarion Publisher/Editor Donn Wimmer said the delay in reporting details of the collision – and Alig’s subsequent death – is the result of a small staff at the paper, and departure of a key staff member who had been gathering incident reports from Lewisport Police Department.

“Getting the information from LPD for the past few months is an oversight on our part,” Wimmer said. “After discussions with officials there, we have a better understanding of expectations and what needs to be done to avoid this situation in the future.”

A former staff member had been the primary contact with LPD, though he did say there were times requests went unheeded.