Here’s a story from a June 1990 Clarion that tells a tale that is horrifying. Edith Troutman who was an EMT at that time said she still had nightmares of the snake encounter that happened on a hot day in June.

It is rare to hear of anyone getting snake bitten. I can not remember any stories we have had in the Clarion, except this one.

Jeffreys Cliffs had a reputation of snakes, but having hiked there many years, I have only seen one little snake in a small pond.

Do any of the readers of this column have stories they have heard of anyone in Hancock County being bitten by a snake?

If you have, please contact me at the Clarion:

“It was my worst nightmare come true,” declared 18-year-old Edith Troutman, after suffering two snakebites last week. The Lewisport girl has not had serious after-effects from the bites of apparently nonpoisonous reptiles, but has experienced some sleeping problems. The psychological trauma remains vivid in her imagination and led her to conclude “I’ll never swim in another lake. No way! Or anywhere I can’t see my feet.”

Miss Troutman’s upsetting experience took place Wednesday, June 13, when she and Jaysen Kerr of Lewisport, were going to meet some friends and go swimming in Pete Colbert’s lake on Poplar Grove Road. The man-made lake is estimated to be about 2 acres in area, and is rather deep in places. The day was hot, near 90 degrees, so Jaysen and Edith decided to go a little early. He said they reached the lake around 2:30 to 2:45 and , after waiting a short while, went into the water about 3:00 p.m.

“We swam a little while; then we got into a boat and rowed around the lake,” kerr said. “We stopped to have a cigarette, then went swimming again. We were in probably 25 feet of water, 10 to 20 yards from shore, when Edith got bit. I think a snake swam across my leg, because it felt like someone’s wet arm sliding across my leg; but I thought it was a catfish. Then it felt like a whole bunch of fingers running up and down our legs. We evidently got into a nest of snakes…big ones and little ones.”

“Edith started screaming and we got out of the water. We practically ran on top of the water we got out so fast. We could see activity in the place we had been, 10 or 20 yards from shore. It was like a current boiling in the water. She kept yelling that a fish finned her while we were going to shore. She kept saying it was a fish, it was a fish. I tried to determine if it was a snake bite or if she was finned by a fish. She thought it was a fish, but her foot was swelling and hurting so I went and got her car and took her to my home. We called Dr. (David) Tan from there. He said to take her to the emergency room at Owensboro-Daviess County Hospital. They said it was a snake bite and treated her for it.”

“We were treading water, when I felt a snake wrapped around my leg and started kicking,” Edith recounted. “I was bitten twice by some little ones. We had evidently run into a nest of them floating around. I didn’t feel anything when I was bitten. My foot was numb, but it hurt when I put weight on it after we reached the bank. First my ankle started to ache and I had a red streak up my leg to just below my knee. It got worse on the way to the hospital. I got bit about 5 minutes to 4:00 and we were at the hospital at 4:30, just to show how fast things were going.”

At the hospital, Miss Troutman said, an expert from the poison control center was called in. He had seen only one snake bite before, and could not be sure of the species of reptile that had inflicted 2 small puncture wounds on the little toe of her left foot. He guessed the reptile was non-poisonous because the wounds bled profusely. The hospital ran a battery of blood tests and kept her overnight for observation.

“I’d never been in a hospital but a few hours before. They kept me awake and checked me for development of rashes,” Edith said. “I was released at 11:45 a.m. Thursday.”

“They say when you’re bitten you’re suppose to capture the snake to find out what kind it is. But when you’re bitten, you’re only thinking of getting out of there! Catching the snake is the job of the person with you; but the person with me was getting out faster than I was! When we got to Jaysen’s home, his dad, Robert Kerr, called Dr. Tan and asked him what to do. He said to go to the hospital so Bob broke in on my mother’s phone conversation to talk about taking me to the hospital. She was there right away, and she and Jaysen took me. We never saw a cop until we got to Dizzy Dave’s in Owensboro. They never are around when you need them.”

“I have a cousin, Amy Butler, who refused to go swimming in the lake with us. She said it was because you can’t tell what’s in the lake. Was she ever right! Jaysen says he’s not going back either.”

If it had been little kids or older adults instead of us, they might not have gotten out of the water. There were three adults and five or six kids who were going to meet us there. They were there after we left and nothing happened. But I worried about them at the hospital. It bothered me,” Miss Troutman said. She reported her left foot is still a little darker shade than the right one, but the pain and swelling have subsided. The trauma of a nightmarish experience has started to lessen. Her concern right now is to let the lake owner and the public know what they may run into if anyone goes swimming there.

Rattlesnake got there first

Here is a story that created a lot of interest in 1961 when Charlie Wheatley had an unusual hunting incident.

On a Sunday morning in 1961, I got a phone call from a Mr. Charlie Wheatley saying he had a good story for the Clarion. Wheatley said he had been squirrel hunting near Hawesville, killed a squirrel and also killed a rattlesnake. He wanted me to bring a camera, and he would show me something unusual.

When I got there Wheatley had a big rattlesnake laid out on a white board.

Here’s how the story goes: Wheatley said he was watching a squirrel for a bit, and when he got a good shot he killed it and saw it drop to the ground a short distance away. Funny thing was, when he went to pick up his squirrel, he couldn’t find it. All of a sudden he heard a buzz of a rattlesnake, and he froze. He looked to his left, where he thought the sound came from, and saw nothing, then his gaze darted to his right, and only a few feet away was the coiled rattler. He quickly blasted the rattler’s head off, dragged it to his car, and took it to his brother’s home, where he had been visiting.

There, they examined the reptile more closely, and discovered a large bulge in the middle of its body. I took a photo of Charlie holding up the snake, and then he laid it down and slit it open. Low and behold, there was the squirrel Charlie had shot. Aparently Charlie and the snake were both watching that squirrel, and when it fell to the ground the snake had his dinner.

Back in the days of the popular Hilltop Service Station George Basinger was working there. George did a lot of hunting for rattle snakes and when he found one he wild kill it and put in a big glass container filled with formaldehyde. In would go the snake for display at Hill top. Lots of folks would take the kids to see the Basinger snakes.

To see the photos which accompany this column, please pick up a copy of the Hancock Clarion at your favorite local retailer, come see at the office on Main Street in Hawesville, or subscribe to our e-edition. 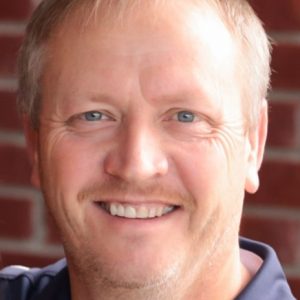 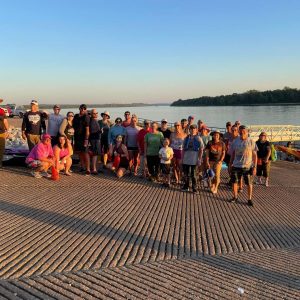 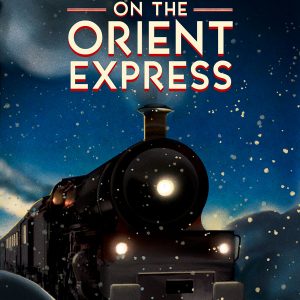 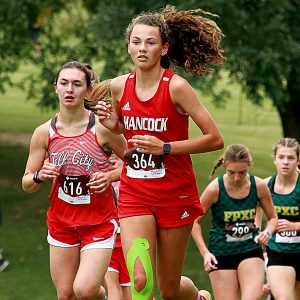