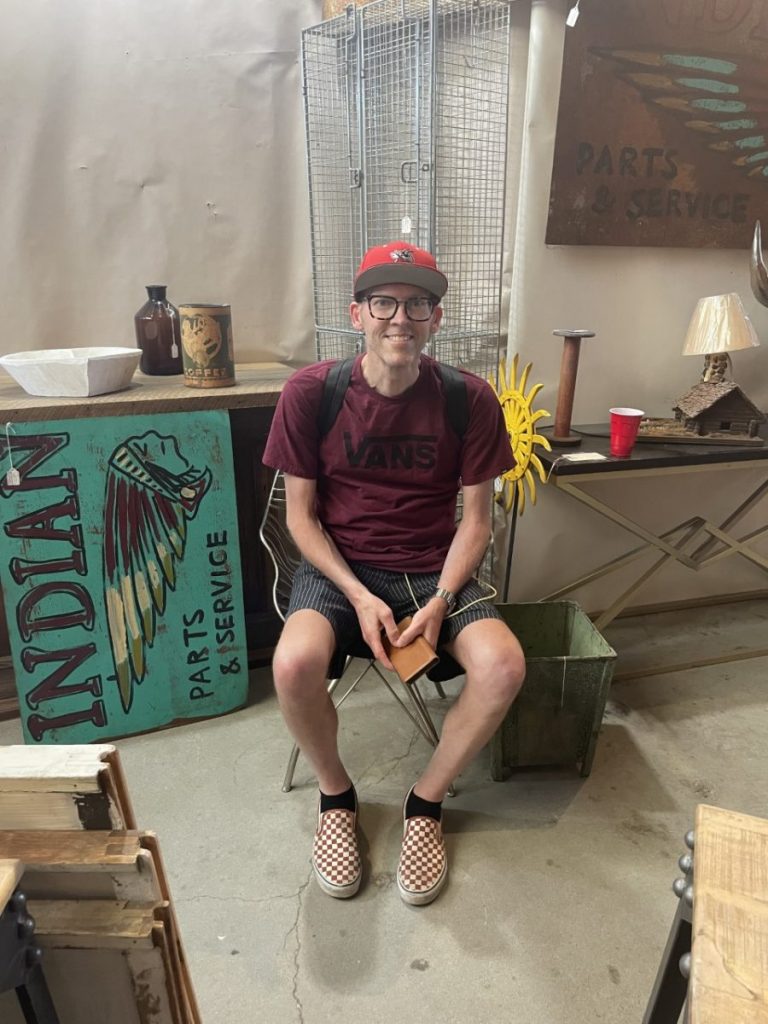 I watched a documentary the other day about Val Kilmer, the actor whose career was cut short by throat cancer, and I found myself tearing up after it was over because I identified with his story so much.

It didn’t help that I’d just seen him in the sequel to Top Gun, where his character couldn’t speak but I was unaware of his real life condition, where he can barely speak and even then it’s hardly understandable.

During the documentary, shot and produced over many decades by Kilmer himself through home movies, we see him at his prime on sets like Top Gun and Batman, interspersed with current footage of him talking, as much as he’s able, about his current life and condition.

We see him as a virile, young actor. We see him how he used to be. But we also see him now as an aging man who has to hold the hole in his throat in order to speak, but who still makes jokes, which vaguely land because it’s such an odd dichotomy to see someone look like they’re dying while making jokes, both audible and physical.

Kilmer mentions that he has been reduced to an actor who’s trading on who he used to be, selling autographs at shows to fans of his former self.

I felt that deeply.

While Kilmer is struggling to stay alive he’s not struggling to live. He’s making jokes and insightful commentary. He’s still in there, just different.

I too am still here, just different.

But who was I?

I like to think I was virile, that I was hearty and young and capable. I used to take secret pride in how I never asked for help, in how I was able to figure out any problem and solve it myself, never technically needing anyone or anything.

Like Kilmer I’m now fed through a tube, and I wear down and have to take breaks from the most basic of tasks. In the documentary we see him stop signing autographs in order to lie down, but first he throws up in a trash can. I know that feeling far too well, where I’ve been doing something that was once easy, like taking a short walk or just standing for a while, and I have to take a break to lie down, often accompanied by a quick puke in one of the red cups I keep with me at all times.

But I am still me, just a little different.

Despite the fact that I write this column all about my battle with cancer, there’s so much more to me than cancer. In fact I give it as little thought as possible most of the time. I want to think about God, about art, about cars, about making the house look better, or about how much I miss the taste of pizza.