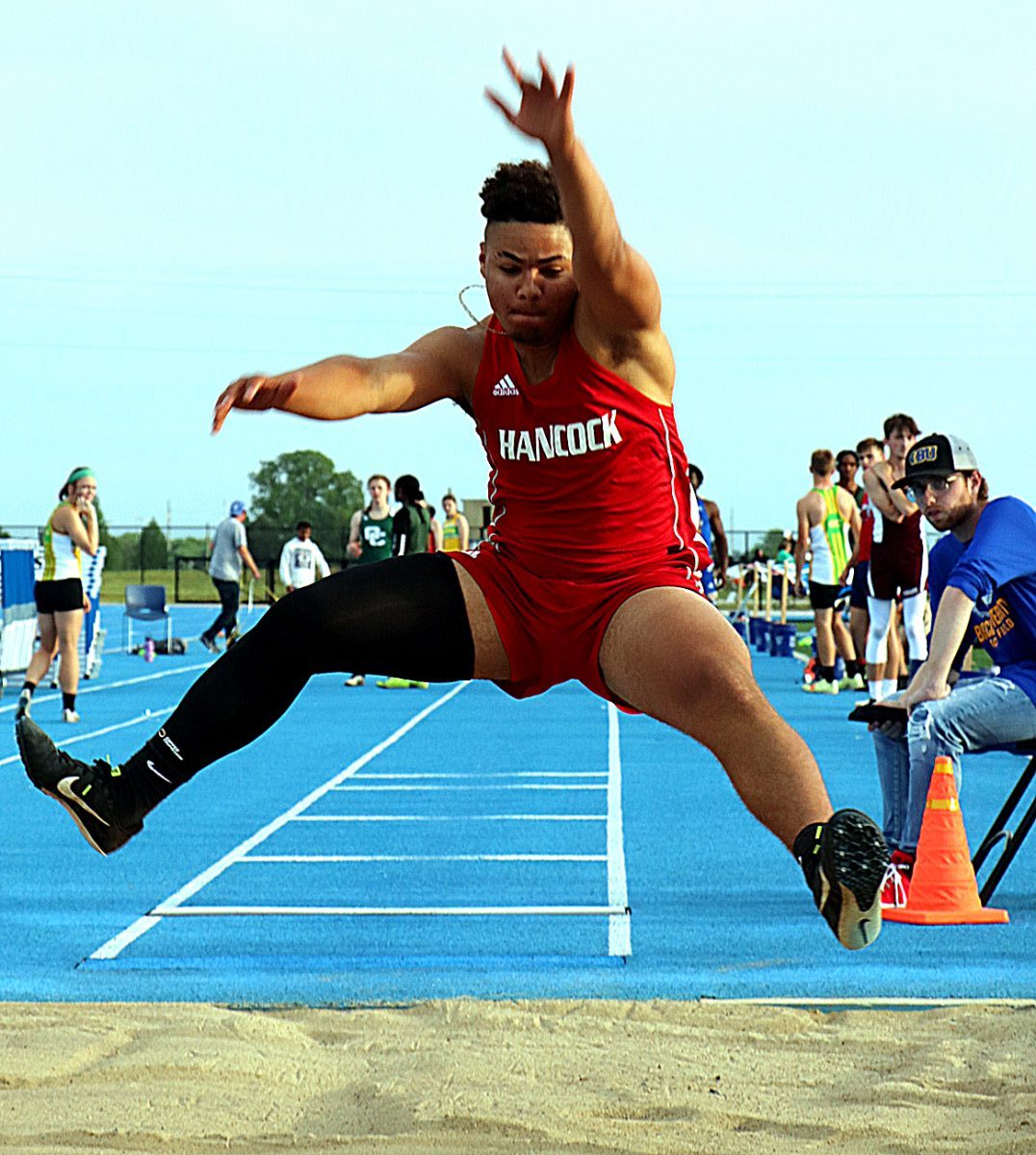 The HCHS track & field teams competed in the Region 2, Class A meet held at Apollo High School in Owensboro Tuesday. The top two in each event automatically qualify for state, while the next 10 best times across the state receive at large bids.

“I am very proud of the team. We are young, with only three seniors,” HCHS coach Chris Hawkins said. “We are going to miss Aly (Voyles), Lauren (Proctor) and Nolan’s (DeJarnette) leadership. I am excited for the future as we had several freshmen, sophomores and middle school runners in this meet. I want to thank my assistant coaches for a great season.”

“Lexus ran a good race. She works to improve every day,” the coach said.

Ben Baker was fourth in the high jump with a height of 5 feet, four inches. Landon Franich of Edmonson County won at 5–10.

Story Conway finished seventh in the girls discus with a throw of 77–09 feet, and Brianna Mooneyham was 18th at 55–06. Karrington Peger of Edmonson County won at 98–02.

Ross was eighth in the girls high jump with a height of 4–02. Autumn Spillman of Metcalfe County won at 4–06.

Alex Basham was 11th in the boys shot put with a throw of 36–10. Kelson McKinney of Green County won at 46 feet.

The boys 4×800 relay team was sixth in 9:35. Runners were DeJarnette, Stephens, Henson and Damion Basham.

The boys 4×400 relay team was ninth in 4:07. Runners were DeJarnette, Stephens, Henson and Jones.