I’m realizing it’s not easy to plan an entertaining funeral. 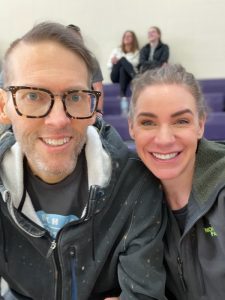 Never a fan of stuffy events, I don’t want my funeral to be the kind where people are afraid to make any sound and where smiles aren’t allowed.

My funeral is going to be a celebration. I will be in eternity with God, in Heaven where things are perfect. A great thing happened to Dave so let’s all celebrate!

But how do I make my going away party not a snoozefest?

I’m choosing songs and at least one isn’t very funeraly, and another is a rousing live version of a song I really want played, but it’s pretty long. Will people sit through a long song even if it’s good?

My fiancee Jamie and I chose my clothes with a quick conversation in the car. It was odd. She simply asked what outfit I wanted to wear and I said my Banana Republic jeans and a nice button down shirt and that was it. It was short and simple as if we were planning my clothes for work in the morning.

It doesn’t all go that way.

Just choosing a sign-in book was too complicated because it varied per package along with other parts so I still haven’t chosen one.

I’ve picked the people to speak, but I guess it’ll be up to them to coordinate and not talk all day and keep everybody there too long.

Choosing all these things is surreal, but it still hasn’t forced my reality to settle in any more clearly. I still feel like I have more time than my doctor seems to think I do, but I still need to prepare on his schedule instead of my own. 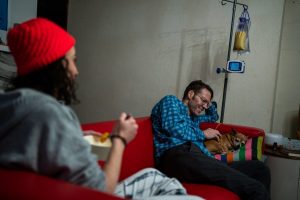 I miss planning for the upcoming softball season or planning, like I do every year, to finally have my Beetle finished for the Vastwood car show.

Jamie and I are still making plans for the house, because those plans can still be put into use if I’m gone. We want to build a deck that’ll make the outside of my house finally make sense, but also a new, modern front door that fits our style better.

We’re still planning our wedding, as nebulous as those plans are, because that’s one thing we most definitely want to accomplish before it’s too late.

It just means I have to plan more.
dave.hancockclarion@gmail.com