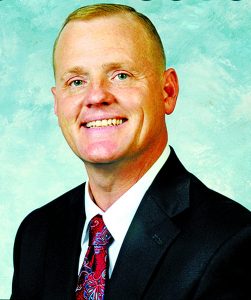 The Republican-led Kentucky House of Representatives unveiled its proposed map for a House redistricting plan on Dec. 30 ahead of the start of the 2022 Regular Session of the General Assembly, which began on Tuesday.

House Speaker David Osborne had said prior to the start of the session he expects the bill to be presented early on, and likely sent to the desk of Governor Andy Beshear by the end of Saturday.

Under the proposed map, Hancock County would move from District 10 – which currently pairs the county with Breckinridge County – to District 14, putting the county with the entirety of Ohio County and the eastern part of Daviess County.

“I have mixed emotions about the plan,” Calloway said Tuesday, following the opening of the session. “Redistricting is so hard to do, but with the population shifts in our state, there are some tough decisions to be made.”

Calloway said he is confident the new mapping will easily pass the House, though legal challenges are expected.

“We have to get this done quickly, not only for the legal challenges in court, but also to get it to the governor’s desk and provide timing for the veto period,” Calloway said. “I am saddened a bit to be losing Hancock County from my district, and I have nothing but respect and gratitude for the people and leaders of the community. This is about the state as a whole, not just my district.”

Calloway said his new proposed district would become more rural, as he would lose some of the more urban areas of Hardin County.

“We’ve got to pass a map that will stand up in court,” Calloway said. “Redistricting is always a tough process. This is the first time the Republican party has had the majority in the General Assembly for redistricting, so we have one time to get it right.”

While the filing deadline for the primary election is Friday, Osborne told the Associated Press the House is likely to consider legislation to extend the deadline to Jan. 25.

The Kentucky Senate revealed its mapping for state senate and U.S. Congressional districts Tuesday evening, and there are not changes that will drastically affect representation for Hancock County. Redistricting across the nation is required by law following each decennial Census, the latest of which was completed in 2020.

Legislative priorities for Calloway in this 60-day session are headlined by passing a responsible biennial budget for the Commonwealth. “That’s everyone’s priority, regardless of party,” Calloway said.

Other priorities include federal monies allocation, disaster relief from recent tornadoes throughout the state, protecting the freedoms and rights of Kentuckians, and continuing work to reform the education system.

“As well, COVID is not going away, so I want to work toward protecting people’s freedoms and rights, providing some room for religious exemptions from vaccinations in certain situations,” Calloway said.

Osborne had pointed out in interviews with the Associated Press the redistricting plan places two pairs of incumbent Republican lawmakers in the same districts, while two pairs of Democrat lawmakers would be in the same situation.

As well, the plan would grow from two to four the number of districts representing a largely minority population.

Osborne said the population of the east and west regions of Kentucky revealed a significant migration to urban areas of the state, necessitating the redrawing of districts in those areas.

“Trying to fit those pieces back together in consideration of that population loss was very difficult, and resulted in a lot of change,” the speaker said. “I understand that there will be criticisms of it. I’m sure that some of our own members have criticisms of it.”

The League of Women Voters of Kentucky President Fran Wagner said in a statement the League had offered its own version mapping which “follow our League commitments to seeking compact districts, keeping county seats intact when possible, and ignoring how our map choices may affect incumbent office-holders.”

Wagner said the League was especially concerned with the House district proposal which would divide Laurel County in east Kentucky into six districts. Other counties of concern for the League included Christian, Daviess, Franklin and Hardin, among others.

Wagner said not one district proposed in Laurel County is centered on the county seat of London.

“Those divisions appear to have been designed to ensure that those currently holding office could continue to do so,” she said. “In out judgment, districts could have been drawn more constructively if voters, rather than office holders, had been the priority.”

The League is a nonprofit, nonpartisan organization with five chapters across Kentucky.

Osborne has said that the proposal does not divide any voting precincts in the state.

To follow the business of the General Assembly, visit legislature.ky.gov