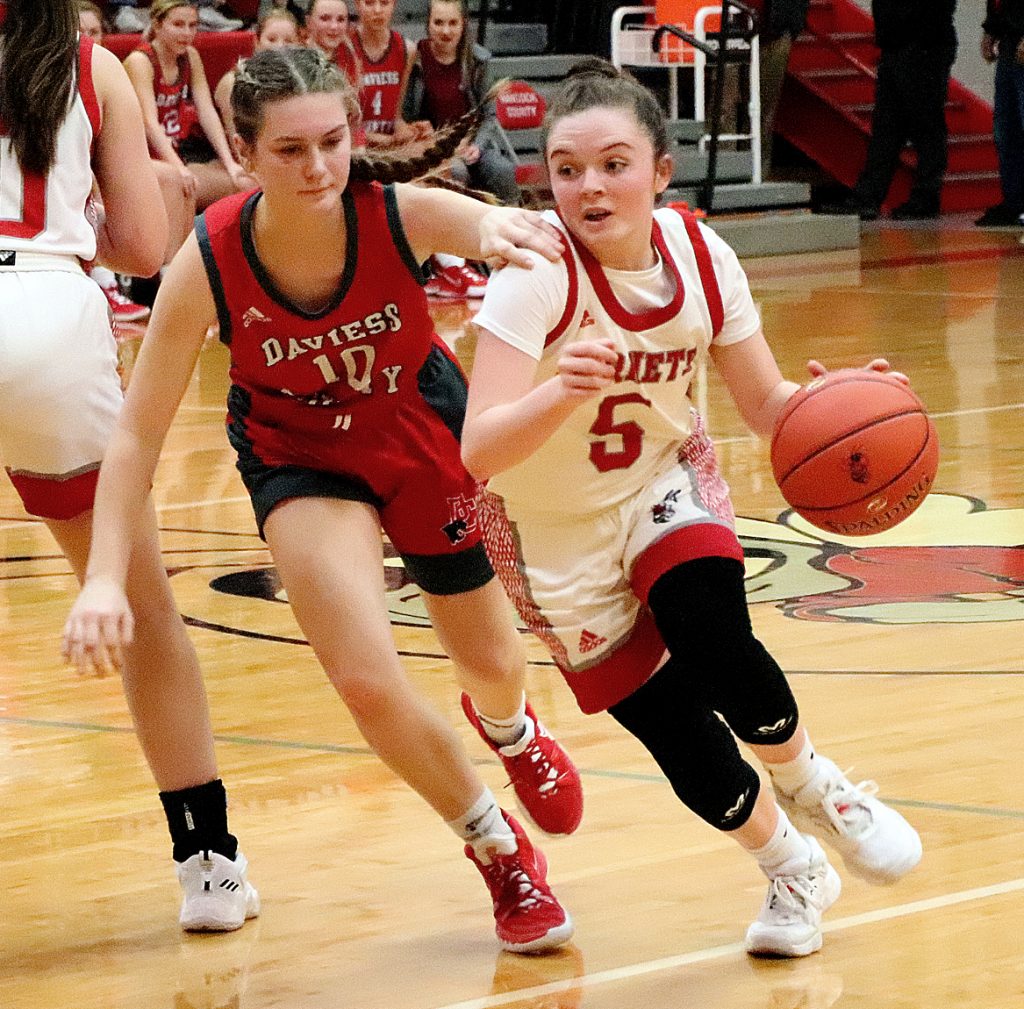 It was a back-and-forth game from tip to horn when the Lady Hornets opened the season against the Daviess County Lady Panthers here Tuesday. The HCHS girls battled from behind to win two quarters, but eventually fell 75-66 to the ladies from the 6A school.

“There’s a lot of good things to take from this game. We’re young and we made mistakes, but the girls battled back and made adjustments throughout the game. We played with a lot of heart and I’m super proud of them for that,” HCHS coach Kevin Husk said.

The Lady Hornets turned the tables in the second quarter with tough defensive play. The girls held the Panthers to just two made field goals, while the offense did enough to trim the margin to two points. Daviess County led 29-27 at the half.

Hancock County was unable to maintain that level of defense in the second half. The visitors again put up more than 20 points in a quarter when they out scored HCHS 22-14 in the third. The home team continued to fight and the girls got two big 3’s from Emma Morris in the fourth. The sharpshooter scored eight points during the frame to lead Hancock County to a 25-24 edge over the final eight minutes.

“We have to shore up our defense. You can’t give up 20 points in three quarters and expect to win,” the coach said. “I was proud of our offensive execution and the girls played their roles really well. If we shore up our defense we’ll be in good shape.”

The Lady Hornets were playing without starter Ella House, who suffered a fracture in her leg a few weeks ago.
“Hopefully we’ll get Ella back around Christmas time. We can just look at this as a blessing in disguise because we got some girls who are having to step up and they’re getting tons of experience. That’s the way we’re choosing to look at it,” Husk said.

The overall number of players is down across the board for Lady Hornet basketball teams this year, but coach Husk remains positive about the situation.
“We have to add depth and this (House’s injury) is forcing us to do that. Hopefully come February, when we want to be at our best, we’ll be where we need to be.”