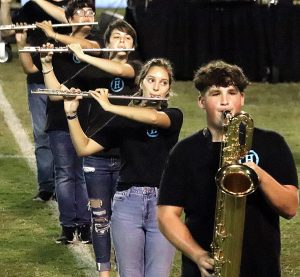 “To my knowledge this is the first time our marching band has won Reserve Grand Champion three times in one season,” Buskill said. 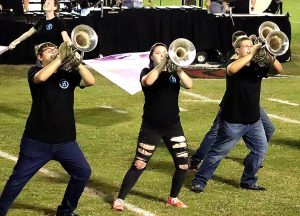 “It’s exciting for the kids to consistently win a major award like that, and it gives them motivation and confidence to continue practicing hard and performing at a high level.”

Buskill said Saturday’s win came on the heels of a strong week of practice coming out of fall break. He said the show is completely installed, which helps make the overall performance better. Buskill said the band plans to add some visual aspects to the show this week, but the most important thing the band needs to concentrate on is to consistently perform with precision.

“This weekend we are performing in the KMEA Class 2A Regional Quarterfinals at Warren East high school in Bowling Green, KY,” Buskill said. “We perform at 4 p.m.