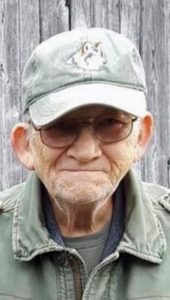 James Rodney Wheatley, 75, of Hawesville, passed away on Friday, October 8, 2021 at his home.  He was born in Owensboro on January 6, 1946 to James Samuel and Frances Powers Wheatley.

Rodney was of the Catholic Faith.  He went to work at Harvey Aluminum on August 22, 1966 and retired from Aleris on July 28, 2009 as a Casting Supervisor.  Rodney enjoyed hunting, fishing and traveling with his family.  He was better known as Papaw and Basement Monster by his grandkids.  Rodney was preceded in death by his father, James Samuel Wheatley and his son, Jared Wheatley.

Private services will be held on Monday with burial to follow in Mt. Calvary Cemetery.  Memorial contributions may be made to a charity of your choice.  Share your memories and condolences with his family at www.gibsonandsonfh.com.