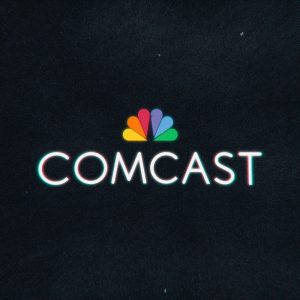 Comcast recently announced the availability of its Xfinity Internet service in Hawesville. Earlier this year Comcast installed the infrastructure to support Internet and other services in the city. “The variety of services we offer in other locations we also offer Hawesville,” Comcast Indiana and Kentucky Public Relations Director Michael Wilson said. “We are wired in!”

Comcast promises a minimum download speed of 50 Mbps with the cheapest Xfinity package available. Wilson said Comcast went with a minimum of 50 Mbps to meet the Internet demands caused by the pandemic. He said the minimum package easily allows for e-learning situations, as well as the ability to easily stream Netflix or YouTube.
“People can enjoy streaming better than before,” Wilson said.

When Comcast installed the infrastructure in Hawesville, the company designed it to serve the needs of 75 businesses, 450 homes and five apartment buildings. In addition to Internet, the system allows for phone service, video services (streaming TV) and home security systems. He said the company spent $500,000 to install the infrastructure.
“We are trying to be as nimble as possible to keep up with the needs,” Wilson said.

In a statement to Comcast, and shared by the company, King spoke of the importance of Comcast offering high-speed broadband Internet in Hawesville. An investment like this means families will have access to broadband, video service, phone service and home security,” King said in the release. “Also, companies looking to relocate, or existing companies that want to expand, will have the fastest internet options available. We want to give our community every technological advantage possible, and having access to a fast, secure and reliable network means Hawesville is keeping pace with other tech centers around the world.”

Wilson said Comcast designed the system to serve the city limits of Hawesville, and any homes immediately outside the city. The main criteria are how far from the network a home sits, and the cost to run service to the home. The further from the network a home sits, the more it costs to run infrastructure to the home, and the more it costs the homeowner each month for the service. “We will look at it on a case-by-case basis,” Wilson said.

He said the number is active and available 24 hours per day.
“We have teams assigned to the area and ready to do installs,” Wilson said.
He said it does not take long from the placing of an order for techs to come out and install service. How long it takes depends upon demand. If 100 people call for an install, the techs cannot install 100 home in one day.

“It will not be a long time,” Wilson said. “We are at the point where it would not take very long to hook up.”
Wilson said Comcast installed Internet infrastructure in Perry County, Ind. about 18-months ago, so it was quite easy to jump across the river to Hawesville and build outward from there. Though Comcast moved into Hawesville, the company does not possess plans to build infrastructure in Lewisport at this time.