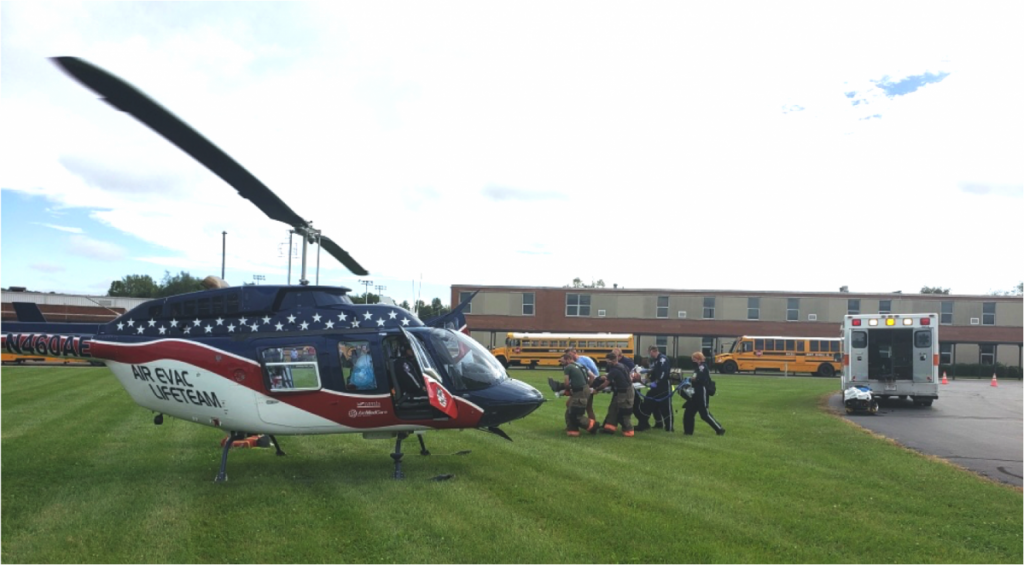 According to Bozarth’s report, Linden “Lin” Buchanan lost consciousness while driving his 2001 Toyota Tacoma south on state Route 3543, went off the roadway, struck a fence and came to rest in a steep ditch. Hancock County Emergency Services responded to the scene to treat Buchannan, and called for an air ambulance to transport him to Evansville Deaconess Hospital for additional treatment. He is now home recovering.

Deer causes wreck
A driver escaped injury when he swerved to miss a deer and went off of the road. The accident happened on Adair Road, four miles east of Lewisport on September 15 at approximately 12:30 p.m. Hancock County Sheriff’s Deputy Aaron Emmick filed the accident report.
Scotty L. Cumpston of Lewisport told Emmick that as he drove south on Adair Road in his 2014 GMC Acadia, a deer ran into the path of his vehicle. He swerved to miss the deer, went off of the right side of the road and hit a ditch and culvert before coming to a stop.

The vehicle sustained moderate damage. A wrecker from Bob’s Garage towed the SUV from the scene.