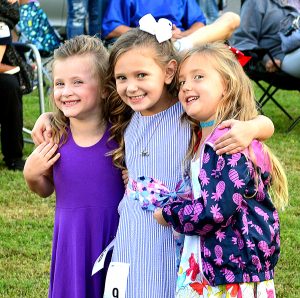 After a two and a half year break due to the COVID-19 pandemic, the city of Lewisport held its Heritage Festival last weekend. Lewisport City Administrator Brent Wigginton called this year’s festival a success.
“I think it went really well,” Wigginton said. “We had no major problems.

Wigginton said he thought a smaller crowd attended the festival on Thursday night, but attributed it to cooler weather and kids being in school. The festival usually takes place in June, after school lets out for the year. He said the COVID-19 pandemic probably kept the numbers down Thursday night, as some people are still leery about being around large crowds of people.

Wigginton said the ride company seemed pleased with the turnout as kids flocked to the rides and games. The food vendors also seemed happy with the crowd at the festival.
“Most vendors said they had good food sales,” Wigginton said.

One new attraction at this year’s festival was the beer garden. Wigginton said he considered the first year of having the garden a success. He said a learning curve exists with having a beer garden, and they still need to learn some things about hosting a beer garden. He said they examined what went well and what did not and plan to make changes for it next year.
“We were pleased with it being the first year out of the gate,” Wigginton said. “We are in uncharted territory. We knew we would learn a lot and we learned what we need to do to make it work.” 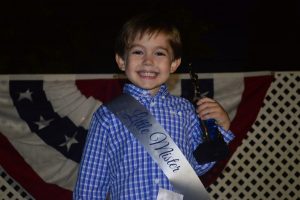 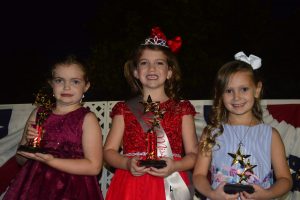 Wigginton said the car show and the tractor shows were also tremendous successes. The rain forced the cancellation of the tractor pull, and due to it being late in the year organizers decided to not set a rain-out date and just plan for a pull in the 2022 festival. Wigginton said organizers plan to use the donations given for this year’s tractor pull for the 2022 festival pull.

Each year after the festival organizers meet to see what worked well, and what changes need to take place to improve the festival. Wigginton said the goal is to make the festival better each year. This year organizers originally scheduled two musical acts to play each night. Due to a COVID outbreak in the band Tail Gate, the group Insulated played two sets on Thursday evening.

Wigginton said organizers contemplate making a change in the musical acts next year. He said organizers scheduled approximately 30 minutes between bands to allow time for set up. He said the time it takes for the band change might have contributed to some people leaving the festival instead of staying longer. He said they might book only one musical act each night but have them play longer sets.
“It is definitely something we will look at,” Wigginton said.

Wigginton also expressed thanks to all of the volunteers, city workers, office staff, emergency services workers and Constable Jack Jones for their work at the festival. He said Jones provided security at the festival overnight.
“Without them we could not do this,” he said.

He said the festival committee starts its meetings in January of each year. The festival usually takes place in June of each year, and they plan to get back to the June date in 2022. The only question is when in June they can schedule the ride company.