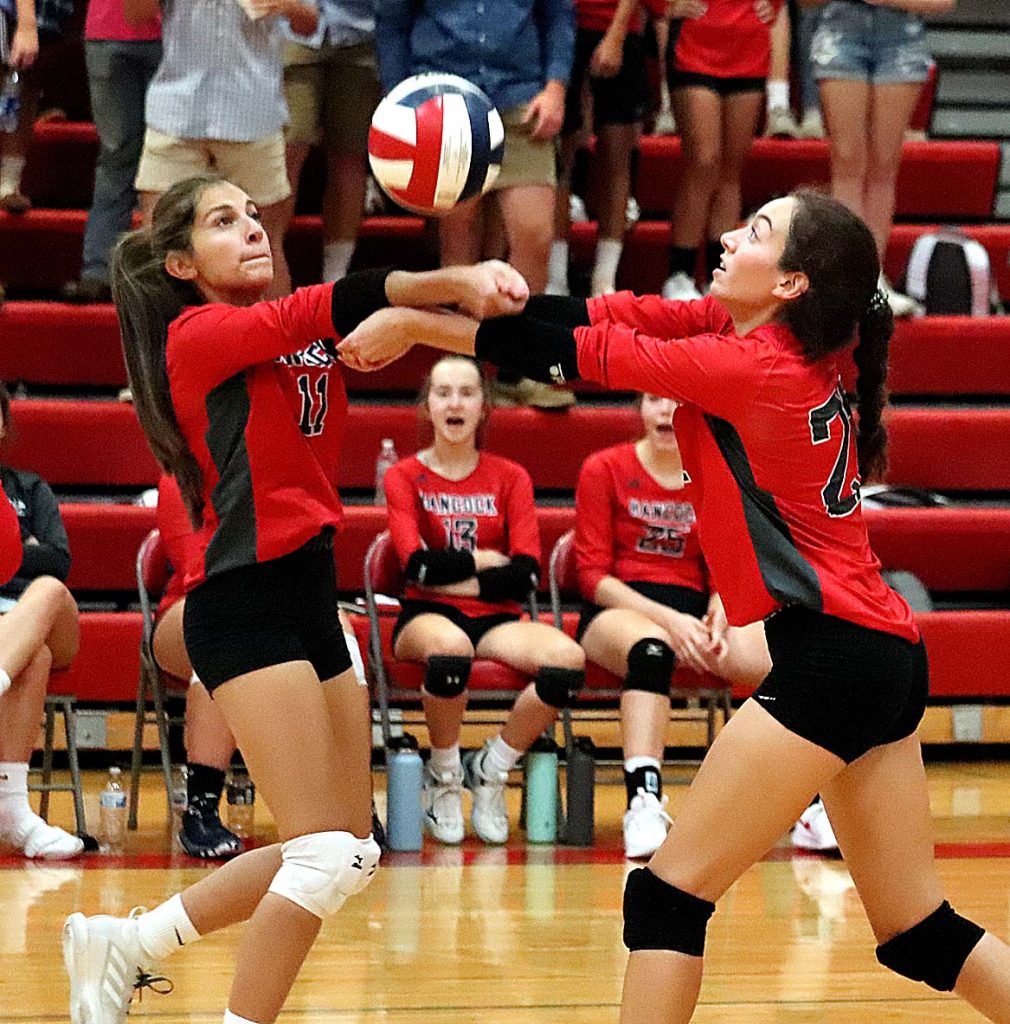 Home match with Aces
The Lady Hornets competed well against one of the top teams in the region during the team’s home opening match at HCHS last Thursday. Owensboro Catholic won 25-17, 25-15 and 25-14.
“I think the girls, especially the younger girls, played a lot better having the home court advantage and having their fans to back them up,” HCHS coach Blake Hardison said.

Hancock County fell in three sets, but they were competitive in each one against the Lady Aces.
“In the first game we missed seven serves (into the net) and we lost by eight. Giving away free points doesn’t help, especially against a great team.

From the beginning of the season the girls have said their goal is to make it to the regional tournament. If we can stick with Catholic we have a chance, but we have to play better. We have to pick up our energy and we have to believe, when we step on the court, that we can win,” the coach said.