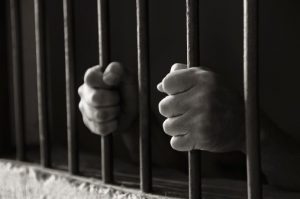 The case continued to work its way through the Hancock County court system until May of this year. On May 15th of this year Commonwealth Attorney Blake Chambers’ office tendered a plea bargain agreement to Stepro. In exchange for a plea of guilty to a charge of sodomy-first degree-victim under 12-years-of-age, the Commonwealth agreed to dismiss the remaining charges in the case. Stepro accepted the offer on May 21st of this year.

The plea bargain agreement stipulated Stepro serve 85-percent of his sentence (17 years) before being eligible for parole. Upon release from prison, the agreement ordered him to serve a five-year period of conditional release, and also to register as a lifetime member of the Kentucky State Sex Offender Registry.

Coon given three years
Hancock County Circuit Court Judge Timothy Coleman sentenced Hawesville resident Danny D. Coon to three years in prison on a charge of being a convicted felon in possession of a firearm, and one year in jail on a charge of violation of Kentucky EPO/DVO. Coleman ordered the sentences to be served concurrently for a total of three years in jail. Coleman handed down the sentence during Motion Day proceedings on August 25, 2021.

In June of 2019 the Hancock County grand jury indicted Coon on three charges. The grand jury accused him of violating a Kentucky EPO/DVO, possession of a firearm by a convicted felon and being a felony offender in the first degree.

The case against Coon started in May of 2019 when Hancock County Sheriff’s Deputy Aaron Emmick witnessed Coon check his mail at 1742 state Route 69 in violation of an EPO/DVO order that stipulated Coon stay 500-feet away from the residence. Emmick wrote in the report that he and Coon spoke on the phone approximately 15 minutes prior to the incident, and Emmick said he told Coon “not to come on or around the property.” In addition, Emmick wrote that Coon freely admitted to storing a .22-caliber rifle in a locker under a dresser in the home, and he came to retrieve the weapon.

The case continued to move through the Hancock County court system until April 3rd of this year when Commonwealth Attorney Blake Chambers’ office offered Coon a plea bargain agreement. In exchange for a plea of guilty to charges of violating a Kentucky EPO/DVO and possession of a firearm by a convicted felon, the Commonwealth agreed to drop the persistent felony offender charge. Coon accepted the agreement on May 7th of this year.