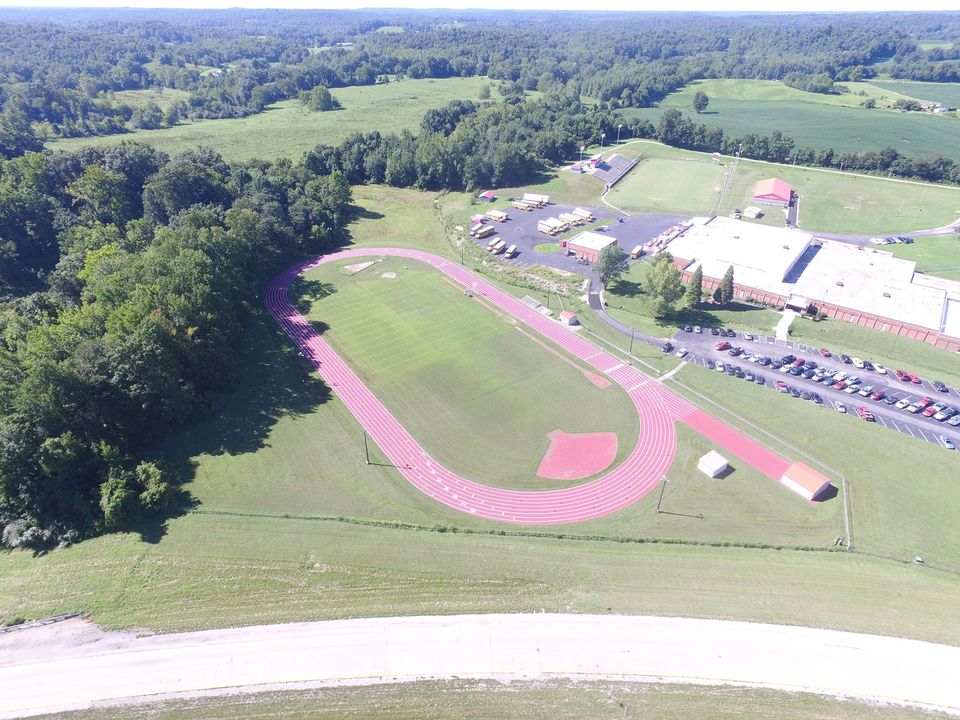 At last Thursday’s Hancock County School Board meeting, the board approved a proposal to resurface Hancock County High School’s deteriorating track. The project costs $38,000, and Allen Asphalt Sealing and Striping of McHenry, Ky received the contract.

The board decided to resurface the track instead of doing a complete rebuild due to the cost of the rubberized material for the track.

“The engineers at RBS Design Group said we would be better off waiting for some of the pricing to come down,” Superintendent Robby Asberry said. “This would be a total resurfacing of the track and new striping. Technically it will look new.”

Asberry said the project stipulates adding three coats of surface material on the track. He also said it takes care of the cracks for now, and allows the school to host track meets for the next two or three years.
“Do you know when they will start on it?” board member Shane Ball asked. “Did they give you any type of time frame?”

Superintendent Asberry said the company plans to start on it this fall and have it completed before track season starts. He said this approach solves the problem for now.
“Eventually there might be cracks again in two or three years,” he said.

In July a group of former track members and coach Wes Meserve appeared before the board to ask for the track to be completely rebuilt. They said the condition of the track prevented the school from hosting meets, plus the hard surface contributed to injuries to athletes. They asked the board to install a rubberized track.