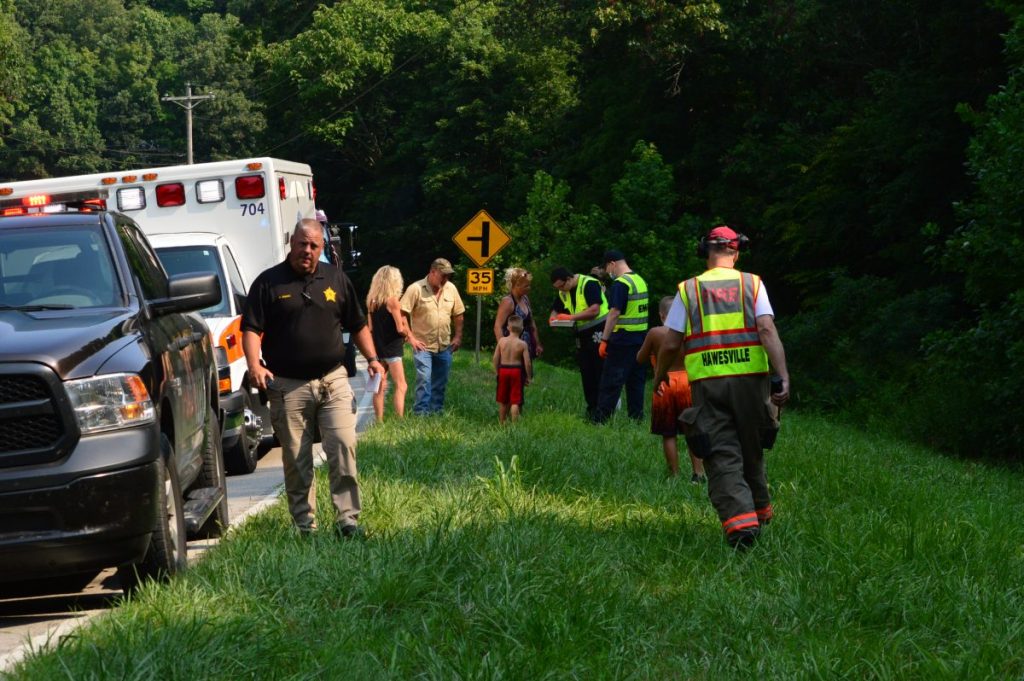 A passenger in an SUV suffered a possible head injury in an accident on state Route 69 last Friday, July 23. The accident happened about 1.5 miles south of Hawesville at approximately 9 a.m. Hancock County Sheriff’s Deputy Aaron Emmick filed the report.

Roy Sanders of Reynolds Station told Emmick that as he drove south on state Route 69 in a 2016 Scion IA he reached down to light a cigarette, and when he looked up he was traveling in the wrong lane and hit an oncoming vehicle.

Jeanette M. Geer, of Hawesville, told Emmick that as she drove north on state Route 69 in a 2008 Kia Sportage, an oncoming vehicle crossed into her lane of travel as she traveled downhill rounding a curve. Geer said she was unable to stop and collided with the car.

Hancock County EMS responded to the scene and provided first aid to the victims. Passenger Kevin Geer suffered a head injury in the wreck. Emergency personnel examined other passengers in the Geer vehicle, but they did not suffer injury. Hancock County EMS transported Geer to Perry County Memorial Hospital for additional treatment.

Both vehicles sustained very severe damage. Wreckers from Bob’s Garage towed the vehicles from the scene.

Anthony R. Lasley, of Hawesville, told Emmick that as he drove north on state Route 69 in 1990 Chevrolet pickup truck, a vehicle traveling in front of him slowed to turn into a drive, so he slowed his truck to let the vehicle turn, and a vehicle ran into the back of his truck.

Lilli M. Keown, of Reynolds Station, told Emmick that as she drove north on state Route 69 in a 2008 Chevrolet Malibu she dropped her glasses, and reached down to retrieve them; she said the truck in front of her slowed quickly and she could not avoid hitting the vehicle in the rear. After impact her vehicle veered off the left side of the roadway and went through a ditch before coming to a stop.

Garrett H. Mattingly of Owensboro moved forward at the stop sign on state Route 3543 in his 2010 Chevrolet Cobalt, and then stopped in traffic. Joseph P. McCubbins of Fordsville pulled his 2012 GMC Sierra pickup forward when Mattingly started moving forward, but did not notice Mattingly stop his Cobalt, and rammed into the rear of the car.