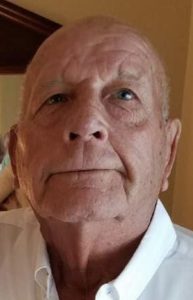 Jimmie Harper “Pappy”, 80, passed away on July 19, 2021 from a lengthy battle with cancer.  Jimmie was born on May 10, 1941 to the late Aaron and Dolly Harper.  He was of the Catholic faith and a member of St. Columba Catholic Church in Lewisport.

Throughout his life, he was known as an avid hunter, fisherman and lover of the outdoors.  Nothing gave him more enjoyment than spending time with his grandchildren and family.  He also enjoyed the little things like sitting outside, riding his little red scooter around town, going to Jumping Jacks to drink coffee and cutting up with his friends.

Gibson & Son Funeral Home, Lewisport, has been entrusted with care.  Share your memories and condolences with Jimmie’s family at www.gibsonandsonfh.com.