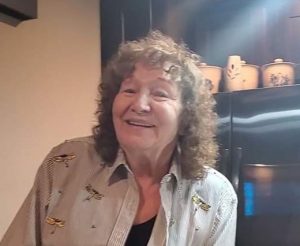 Zelma Marie Sharp, age 87 of Hawesville, KY passed away July 2, 2021 at Golden Living in Tell City, IN. She was born in Breckinridge County on December 28, 1933, the daughter of the late Archibald Henry and Lula Mae Dudgeon Lucas.

Marie was a retired nurse’s aide with Tindle’s Personal Care Home. She had many interests including shopping, cooking Sunday dinners for her family, collecting Precious Moments figurines, reading and Carribean cruises.

Funeral services will be held at Trent-Dowell Funeral Home on Saturday, July 10, 2021 at 12 PM. Burial will be in the Sharp Cemetery in Constantine, KY. Visitation will be held at the funeral home on Friday, 3:30 – 8 PM and Saturday after 8:30 AM.