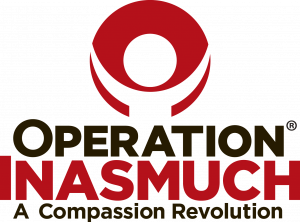 Operation Inasmuch United plans to hold its annual workday on September 18, 2021. The group does free repair work for people in need. So far the group plans to perform eight different projects that day, but hope to do more if people need the help.

“Requests come in every few day,” Operation Inasmuch United Director Wayne East said. “We have had as many as 20-something we helped at one time.”

Operation Inasmuch normally is a one-day, eight-hour event, but performs various projects throughout the year, depending upon the need. For example, not long ago, a lady in Tell City, Ind. desperately needed a ramp built so the crew took on the job. East said the day before the scheduled workday several volunteers went over to the lady’s house to conduct some prep work for the build, and the main crew came the next day.

“We had enough volunteers that we built that ramp in one day,” East said.
Operation Inasmuch stays in the local area for its service projects. The local area includes Tell City and Cannelton in Indiana, and also Cloverport in Kentucky as well as all of Hancock County.
“We do not get to far out so we do not have to travel far,” East said.

Operation Inasmuch United consists of several churches in Kentucky and Indiana. The churches range from Baptist Churches, Methodist and non-denominational. The group performs its work using monetary donations to the program, and also relies upon volunteers to do the work.

“We help people that are in need of some repairs that they cannot do themselves,” East said.
East said if someone wanted to make a donation to the organization, or request help for him or herself or someone in need, contact him via his cell phone. The number is 270.922.1852.