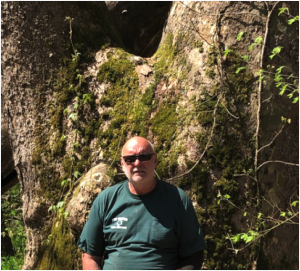 If you’ve been looking for someone who can maintain the trees on your property, look no further. Lee Blake with Top Notch Tree Service has a passion for this job and he’s been an expert at it for over 30 years. Residential and commercial is about the same in his line of work. “We take down all the dead in the summertime but we don’t trim in the summertime because it kills the tree; the sap is up.” In the summertime, what we can do is take down a whole tree, remove stumps, haul dirt and seed. From October to about February we do the all the trimming.”

Top Notch Tree Service serves six counties to include: Hancock, Daviess, Muhlenberg, McLean, Breckinridge and Ohio County. If you’re thinking you might want to get on Blake’s schedule, he’ll need a week or two of notice. He said he’s gone as far as Louisville and Jeffersonville, but that was only for family.

“We cut 200 trees around Marysville Lake in Jeffersonville so my cousin could make a pay lake. I cut out all the trees and he took a dozer and got rid of them.”

Blake’s crew consists of three men who continue to achieve some very impressive jobs. One in particular was when a tree had fallen over in the city park at Lewisport. “We had a bad wind and it blew over a 125 foot tree; red oak. The wind just laid it flat down. Brent Wigginton called me and he thought the tree was too big for me to handle. They thought they were going to have to call someone out of Owensboro to do the job. When I went up and looked at the tree, I told Wigginton, the best thing for me to do is back my chipper in here and chip everything on the ground; leave all the big stuff for now and when I get this all chipped up, I’ll load it up on the dump truck and take it out of here. Then I’ll load the big stuff.” Blake said he let the tailgate down on his dump truck, loaded the big stuff with his skid steer (that’s like a mini fork truck, or a bobcat). It took both the boom truck and the skid steer to get the large butt and root system up into his truck. He explained in detail how he had to get under the tree butt, hook the chain to the tree trunk and as the truck lifted the tree trunk, he said, “I lifted it with the skid steer and I had a guy back up the dump truck under the root system and then I hauled it to the dump. “

Another impressive job Blake performed in Lewisport was with an extremely tall tree on one of Joel White’s properties. White has a duplex right beside the police station which had about six lines running thorough it: power lines, telephone lines, cable, TV, etc. 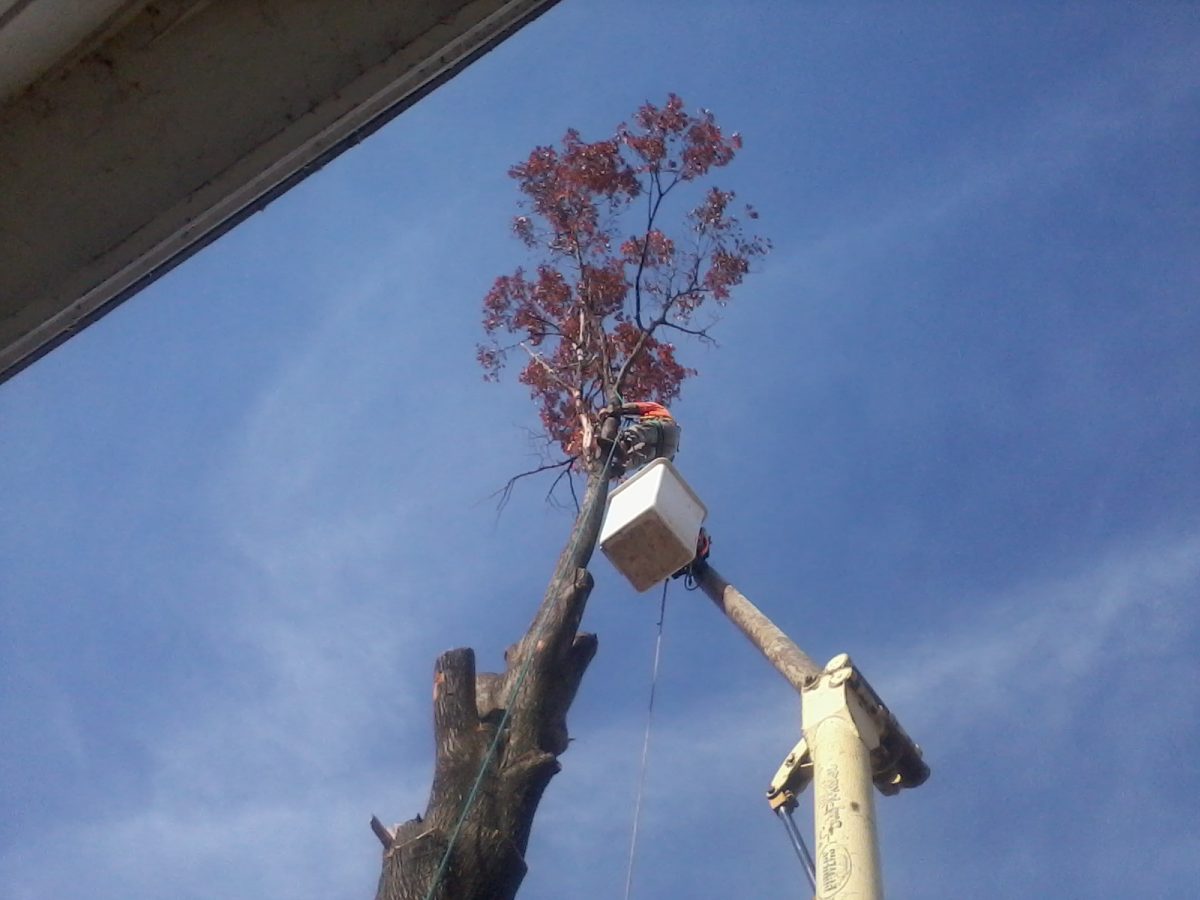 “I had already started on the tree and got it trimmed up to the power lines and then I called the power company,” said Blake. “I needed six lines shut off and they said it would be 3 or 4 days before they could get out there. Well never mind, I said, I’ll get it done.” They said, No! No! No! You can’t do that! “What do you mean I can’t do that?” Blake said. They city said if he tore something up he would be responsible for it.   He replied, “I know, I’ve got a two million dollar insurance policy, I’m going to take this tree down.” So he suited up his harness and backed his bucket truck up to the tree and started piecing it down, a piece at a time. Blake said, “I had people standing outside their houses, and “JJ”, you know the guy that owns JJ Pizza; they had their lawn chairs out in back of their house and watched me take that tree down. When I got done he came over and shook my hand and said, “It’s simply amazing how you do that.” Right when Blake finished Energy drove up and said they heard he needed some lines taken down. “Not now,” said Blake.

Blake had taken the cable lines down by disconnecting them from the house and proceeded with telephone lines, etc., and laid them all on the ground so he wouldn’t tear it up. “When I was finished I connected everything back, except for the power line,” said Blake. “The power line stayed where it was. I have these tree ropes and I just took a rope and swung it off the top, off out of the way from the power lines. A lot of people have ropes that are wrapped and those are not true ropes. Those will break quick if you put weight on them; they’ll snap just like that! I’ve got big bull ropes that are laced together and when they’re pulled tight, the more power they got. I keep them in rope bags so I don’t let get them wet. I also have swing ropes and ropes to let the limbs down. I’ve got bull ropes to pull the trees with; I’ve probably got about $5,000 worth of ropes, and I’ve got 28 chain saws, so I’ve got enough chain saws to get the job done. “So call me,” he grinned.