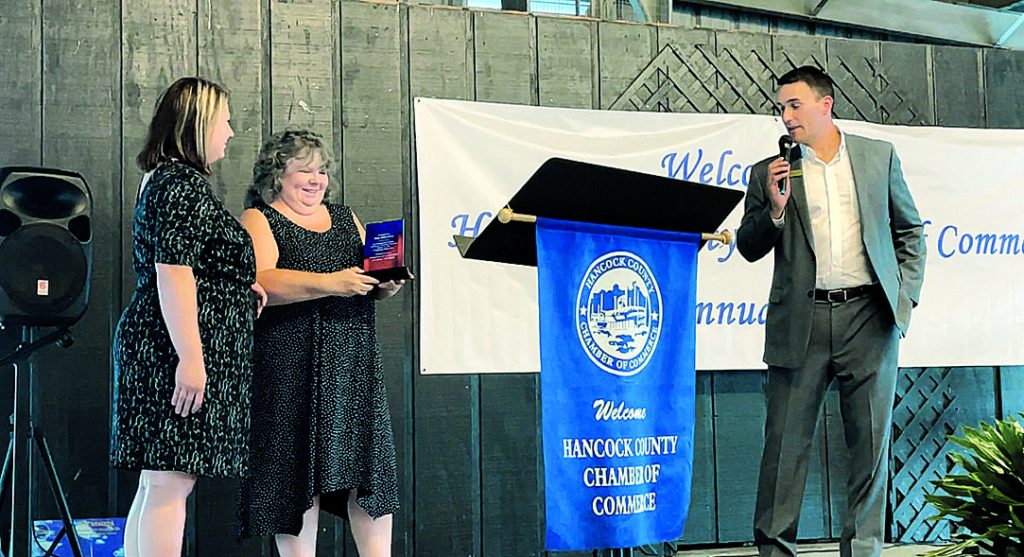 Seven years ago the Chamber was looking for a director and they choose Pam Bolen, who’s now retiring after seven years. “You know, anytime you take on a new job, you don’t know if you’re the right fit or not, but I started getting in the role of it and just really enjoyed being with the business leaders each month and the community leaders,” said Bolen. “It was a great fit for my life.”

The happiest time in her director role was when they started Chamber Fest. “Hopefully we’ll see some of those kids in the future be great leaders in school and in business,” said Pam. “That was one of my goals, was getting children interested in having a business and we’ve seen some great little entrepreneurs out of that.”

She reminisced about the very first breakfast she was in charge of and no one had told her she was to order breakfast. “It was hilarious,” said Pam. I said, “Who’s bringing the breakfast, and someone said, Pam you didn’t order breakfast? So I quickly ordered breakfast from Riverview Restaurant and it was there in 15 minutes for 60 people. Danita at Riverview; if that woman is not an angel with wings sometimes; I don’t know what she is. Everybody worked together to make it as successful as it was.”

Bolen mentioned Edna Rice before her, and how she was great serving the community in that phase in her life. “Now just like with anything, there’s a chapter for everybody and this chapter is closing in my life. God only knows what the next part will be. One I’ll tell you, I’ll be on a bus,” Bolen laughed.

She travels with about 300 people each year (with the exception of COVID) and she has 300 people itching to get on buses next year. “Those buses are starting to fill up nicely. We’re going from Ireland to Colorado, to West Virginia,” she said.