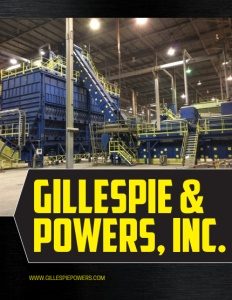 As the global economy recovers from the pandemic shutdown, Hancock County’s economy, namely its industry, is not only rebounding, but in some ways it is getting stronger with another new company locating and the existing ones returning to pre-COVID form.

“We’ve come through 14 months of a pandemic and our business community is still relatively strong,” said Hancock County Industrial Foundation Director Mike Baker. “Our big industries are all producing and orders continue to come in and so we’re pretty blessed at this point.”

Gillespie & Powers, Inc., a company that’s been providing services to industries in the county for decades, has decided that it will put down roots and has signed a five-year lease on the former Lazar Anode Technologies facility at 1765 River Road.

“They do a lot of work in our local aluminum mills and mills around the area that have furnaces,” said Baker. “If you’re melting metal in a furnace you’re using refractory and refractory has a certain lifespan and so those have to be repaired and they have to be rebuilt. And then sometimes people build new furnaces and Gillespie & Powers does all of that type of work.”

County resident Jessie Riley will be at the helm of the new location, which he estimated would be up and running in a couple of months.

Gillespie & Powers joins the list of smaller companies that have found homes in Hancock County recently, after Clearview Glass, which announced in April it’s moving to the county, and Contour Fabrication and Mechanical, which began building industrial and warehouse spaces in the industrial park in Lewisport last October.

“Those are three small to midsize businesses that are coming to Hancock County and bringing their employees,” said Baker.
It’s part of the long-term plan of the industrial foundation to concentrate not only on trying to land large industries, but bringing many smaller companies to the county so its eggs aren’t all in the aluminum and paper basket.

“This fits well with our shadow strategy of trying to entice vendors, suppliers, customers of our big mills to locate here in the county and service those customers from just down the road instead of across the state or across the river or that type of thing,” he said.
Smaller companies are more easily able to staff up when unemployment in the county remains low, at 3.6 percent as of April, so people looking for jobs are rare.“With the workforce availability issue today we’d much rather create jobs 10, 15 at a time than trying to find 200 or 300,” he said.

Another potential new industry signed paperwork tying up more than 1,000 acres of land in Skillman Bottoms in April when Rolling Hills Solar, a subsidiary of a Minnesota solar company called National Grid Renewables, signed a memorandum of agreement on a land purchase.
Nothing has been announced and both the landowners and the company haven’t said what the plans are for the property as of yet. 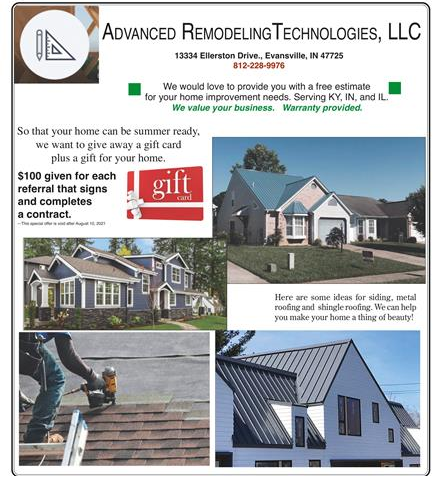 The former Kenneth C. Coleman power plant that’s currently being dismantled is another bright spot on the county’s industrial horizon.
“At last week’s KAED (Kentucky Association for Economic Development) spring conference a lot of the talk was about the trends in economic development today are fast to market,” Baker said. “And what prospects are looking for are build-ready sites, sites that they can just purchase, move into and start building.”

Coleman is such a property, he said, since it will have all of the infrastructure for industry already in place.
“That bodes well for Coleman because it is such a functional site,” he said, “so we’re excited about the prospects of that.”
Even big changes in the county’s existing industries are trending toward positive.

Domtar announced in May that it’s being bought by Canada-based Paper Excellence, but that company has said it will let Domtar continue to run as it has as its own company.

“Any time there’s an acquisition people can get nervous but this one appears to be very positive by all the indications at this point,” Baker said.
Century Aluminum announced last month that its CEO Mike Bless was retiring and would be replaced by his number two Jesse Gary, and in the company’s April announcement that it had signed a new five-year contract with USW Local 9423, it said it also plans to add approximately 60 more jobs.  “All in all I think it’s a very positive picture of where Hancock County is,” Baker said.