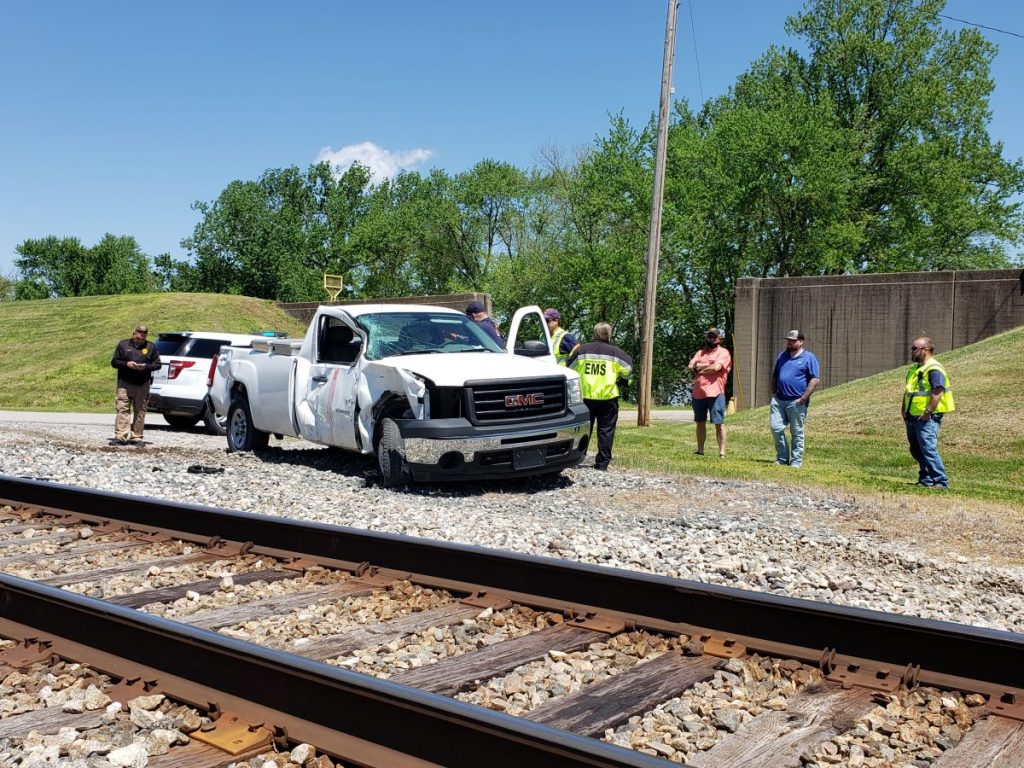 A Breckinridge County man suffered injury when a train hit his truck at the crossing at the boat ramp in Hawesville on April 30. The accident happened at approximately 12 p.m. Hawesville Police Chief Mark Powers filed the accident report.

Morris D. Mathews, of Hardinsburg, told Powers when he started to exit the entrance to the boat ramp at the intersection of Jefferson and River streets in Hawesville he stopped his 2012 GMC Sierra pickup, looked both ways down the train tracks and did not see or hear a train approaching. He then pulled his truck across the tracks and stopped to look left on River Street before continuing forward, and a eastbound train hit his truck.

Lonna S. Potts, of Hawesville, backed from a parking spot in a 2006 Chevrolet pickup truck, and failed to see a 2002 Chevrolet Silverado pickup and backed into the vehicle, and left the scene. Potts told Hendrick she left the scene because she needed to go home and get her oxygen. The driver of the Silverado, Randall McBrayer of Cannelton, Ind. called dispatch and reported his vehicle being hit and the vehicle leaving the scene.

Speed a factor in fatal wreck

The official police report filed by Hancock County Sheriff’s Deputy Frank Howard lists speed as a factor in the fatal wreck involving Kinsey Fleming on April 11. According to the report Braxton Fleming was traveling approximately 70 MPH south on state Route 1389 in a 2007 Nissan 350Z when the car left the roadway, went into a ditch, struck a concrete driveway culvert and flipped. The accident happened four miles south of Hawesville.