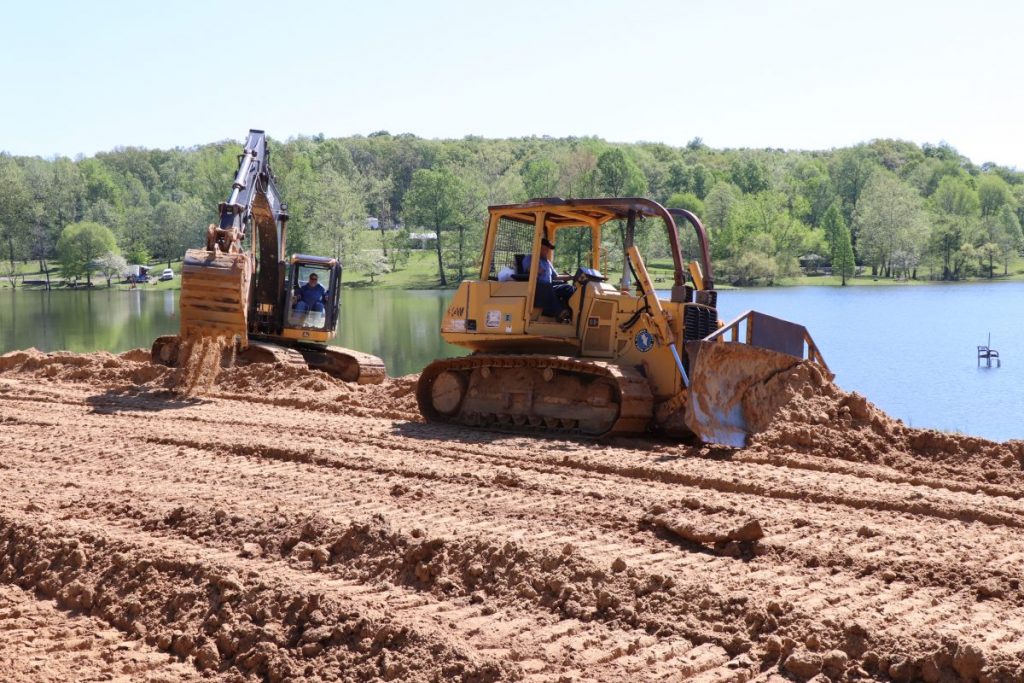 Hancock County Judge/Executive Johnny “Chic” Roberts said fiscal court plans to reopen Vastwood Lake to swimmers this summer. Roberts said the county plans to open the lake at the end of June or by the 4th of July.
“Our full intention is to open it this summer,” Roberts said. “We are looking at a partial season to gauge interest.”

Roberts said before opening the lake, fiscal court needs to find out exactly what the CDC guidelines are in regards to the COVID-19 virus for allowing people to congregate as the lake. He said the county needs to know if it can open at full capacity, or reduced numbers.

As part of the process to reopen the lake, fiscal court recently started to advertise for lifeguards to work the swimming area this summer. Fiscal court also continues to explore how often to open the lake to swimmers. At this time the court plans to open it a few days each week, but at this time no firm decision on what days of the week to open the lake has been made.

According to former Hancock County Judge/Executive Jack McCaslin, the county closed the lake in 2015 for a variety of reasons, with one being the growth of invasive weeds in the lake, and the other being not many people swam at the lake. McCaslin said the weeds growing in the lake made it difficult for people to swim without getting tangled up in them.
“When we got seaweeds in the lake, no one was going to swim in it,” he said. “We fought that mess. It would go away for awhile, then come right back.”

Part of the problem causing the weeds to grow so thickly was the clarity of the water. In an April 9, 2015 article by Dave Taylor, fisheries biologist Jeremy Shiflet, with Kentucky Fish and Wildlife, said visibility in the lake needed to be between 18 to 24 inches. At that time the water was so clear that sunlight penetrated to the bottom of the lake, allowing the weeds to receive enough sunlight to grow thickly.

To combat the problem, the county contracted with a company to treat the lake with chemicals that darkened the water. While the chemicals helped darken the water, and eliminate the weeds, it made the water unpleasant for swimmers.

“As long as we had chemicals in it, we did not feel it was safe to swim in,” McCaslin said.
After five-years of treatment, the company that started to treat the lake gave it a clean bill of health, Roberts said. The company visited the lake a couple of weeks ago.
“They said the lake looks good,” Roberts said.

Roberts said the company told the county it does not need to treat the lake each year. He said the company plans to continue to monitor the lake and make recommendations on what treatment options the county needs to do to keep the lake healthy.
“When we do a chemical drop, there is no swimming in the lake for 24-hours after adding the chemicals,” Roberts said.

The other reason the county closed the lake was financial. McCaslin said it was not cost effective to keep the lake open.
“There were not very many swimmers,” McCaslin said. “It was really a money loser.

He said the county needed to have lifeguards on duty each day, and people operating the concession stand. Yet, on some days only three people swam at the lake.
“It cost more money to keep it open than we had swimmers,” McCaslin said.

The question of swimming also affects people renting campsites at the lake this summer. Though the county plans to open the lake, campers cannot swim in the lake any time they please. Campers will be allowed to swim in the lake only on the days the lake is open for swimming.
“There is no swimming if the lake is not open that day,” Roberts said. “They will be asked to get out of the lake.”

Roberts said workers at the park would be tasked with asking campers to get out of the water when they notice them swimming in the lake when it is closed.