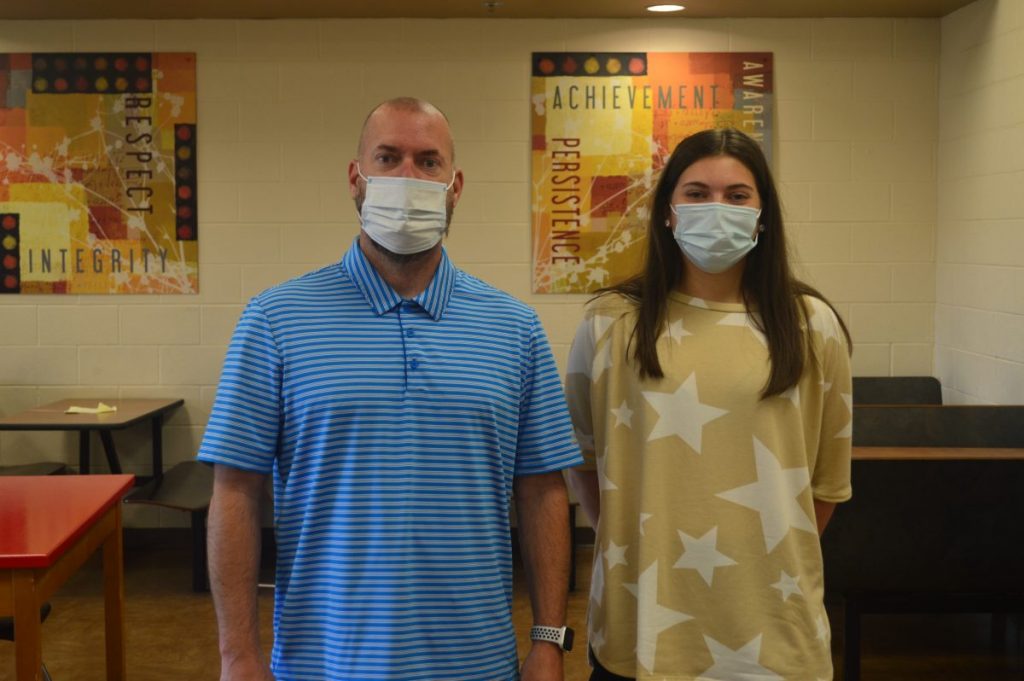 Late last fall Hancock County Middle School teacher Josh Roberts asked his 8th period Social Studies class to participate in an online game called the Stock Market Game. Audrey Gorman was one of his students, and she decided to take the challenge. Though no real money exchanged hands, students received $100,000 to invest in stocks, bonds or other investments, Roberts said. Though the money was not real, the stocks the students invested in were absolutely real.

“I thought what stocks could go up over the course of the pandemic,” Audrey said. “I figured it would be over by the time school was out.”
When looking over the stock market, Audrey looked for stocks in sectors of the economy that suffered the most from the pandemic, such as cruise lines and oil companies. After conducting her research, she invested in six companies, such as Carnival Cruise Lines, marathon Oil, Tesla and CCIV. Her strategy paid off as she made a return of $74,000. Not only did she win the game in the region, but she also won the game over the entire state.

“Thousands of students competed from multiple schools across the state,” Roberts said. “I checked their ranking throughout the contest and she was pretty much winning throughout.”

The contest lasted until mid-April of this year. Normally it costs for schools to participate in the Stock Market Game, but due to the pandemic this year the company offered it for free. The game is actually online, and Audrey had to create her account and make a minimum number of trades per contest rules. The game requires three trades, but she made more. Audrey said the game taught her quite a bit about the stock market.

“I learned how to trade stocks and what to buy,” she said.
Roberts said he has used the Stock Market Game at other times during his teaching career to help teach economic concepts. He normally teaches a unit specifically on economics, but due to the pandemic this year, he incorporated it into all of his units. This year was a first for one of his students.

“I have never had a student win the state,” Roberts said. “It is a really big deal.”
In the past, his students banded together in groups when playing the game. He said Audrey went at it alone. He described the game this year as more of an independent study.  “It shows what she can do with her potential,” Roberts said.

Audrey is in the 8th grade at Hancock County Middle School, and is the daughter of Ashley and Scotty Gorman.