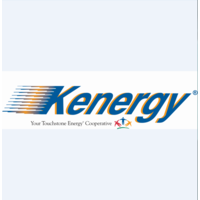 A Kenergy rate increase that was supposed to affect residential electric bills starting next week has been put on hold for up to five months.

The Public Service Commission, which regulates member-owned utilities like Kenergy, ruled on March 25 that it won’t be able to make a decision on a proposed rate increase before the rate was implemented, and not even before the 75-day window that it legally is allowed, so it was postponing the increase until September 11, 2021.

Using a recently implemented streamlined process, Kenergy hoped that the PSC would make a decision within a month, although it is allowed to take up to 75 days.
In its ruling though, the PSC said that for more than one reason it wouldn’t be able to decide quickly enough.

“… the Commission is to issue a final Order addressing the application no later than 75 days after Kenergy filed its application,” the order said. “… And the Commission will not be able to complete its investigation by April 11, 2021.”

Under the rules the PSC has until May 25 to decide, but even that would be difficult, it said, due to restrictions put in place over COVID-19.

In order to allow enough time to decide, the PSC postponed the rates.
“… The Commission will, therefore, suspend the effective date of the proposed rates for five months, up to and including September 11, 2021,” it said.

On March 30, Kenergy filed a motion to modify the PSC’s ruling, saying that the numbers won’t work if there’s such a long delay in implementing a new rate.

While acknowledging the issues that working remotely can cause, Kenergy requested that it be allowed to start charging the new rate at the end of the allotted 75 days.

“…Kenergy submits that it should be allowed to put is rates into effect, subject to refund, on May 25, 2021,” the utility said in its filing.
Making the rate subject to refund simply means that if Kenergy uses its proposed rate and the PSC rules that it either can’t do an increase or must do a smaller one, the utility will refund the difference to customers that had already paid it.

The new rates couldn’t wait, Kenergy said, because the calculations used to determine the needs were based on being able to implement them sooner.

“Kenergy’s budgeting analysis supporting the proposed increase did not take into account the delay in implementing the rate increase from May 25, 2021, until September 11, 2021,” the motion said. “The effect of this delayed implementation would require additional revenue over and above Kenergy’s proposed rate request to meet the goals in the Application.”

As of April 7, the PSC hadn’t ruled on Kenergy’s request.