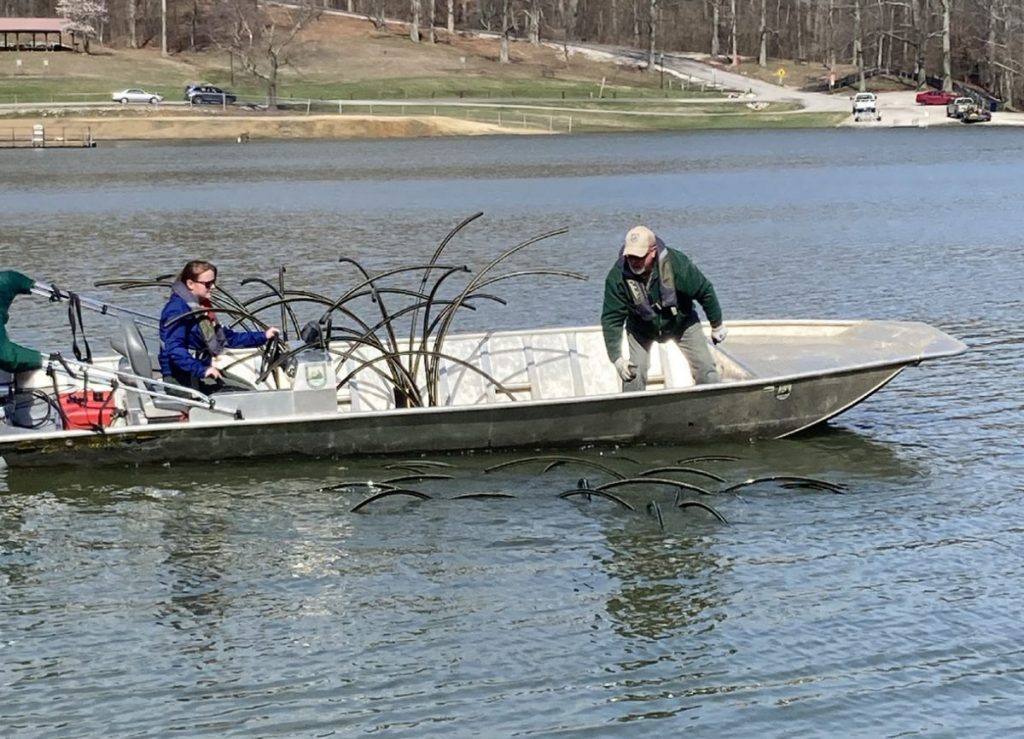 After six years of work, the environment of Vastwood Lake is improving, and will continue to do so after Kentucky’s Division of Fish & Wildlife installed new fish habitats in the lake last week and will do more next week.

State officials were on the lake last Thursday sinking odd looking contraptions made of black and yellow tubes, which were made of used PVC and gas pipe, which will become habitats for fish in the lake.
“They’re donated fish structure habitat from Kentucky Fish & Wildlife,” said judge-executive Johnny “Chic” Roberts. “And then they’re going to bring back some Christmas trees and some pine trees he said either next week or the next week.”
“He said what that would do is just support some of the different fish habitats.”

This process of adding structures for fish habitats is separate from the work that’s been ongoing since the lake was first shut down to swimmers in 2015, which was to begin to eliminate invasive vegetation that was hurting the fish and taking over the lake.

Fighting those foreign plants meant adding chemicals and treatments to the lake that would darken it, which would have made it unappealing for swimmers, but for the ease of scheduling the court decided to cease swimming until the lake was healthier.

That battle against vegetation continues, although it appears to be successful at this point and it will be revisited next month.
“We still have a contract as far as vegetation control and they’ll look at it probably mid-April and see what we need to do,” he said.