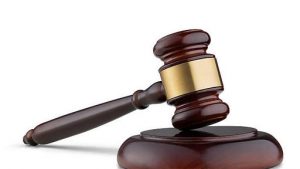 Owners of rental properties will be on the hook for bills left behind by their renters, according to an ordinance introduced at the Hawesville City Council meeting Tuesday night.

The ordinance places the responsibility of bills ultimately on the property owner, in response to old bills that have been left unpaid by renters who simply moved away and left their bills behind.

Mayor Charles King said the ordinance mostly follows what’s been a city policy, but that he wants it in an ordinance to be enforceable.
“The property owner should be liable for any of the utilities that are not paid,” he said. “I’ve always had a policy that you’ve got to pay those water bills or we won’t turn the water on. But it never was put in an ordinance, and to make it hold up it needs to be in an ordinance, if you so deem.”

Restrictions put in place during the COVID-19 pandemic prevented utilities from shutting off service and landlords from evicting those who don’t pay, which King said has highlighted the problem through some more extreme examples.
“This pandemic has really put the word out to them. They know what they can do,” he said.
“The fact of the matter is this: we’ve got a person that just ran off and they don’t know where they are, what they are… about $1,700 shot,” he said.
“How do you get $1,700 without shutting it off?” said councilman Justin Nugent.

King explained that the city wasn’t allowed to shut them off during the pandemic and had no way to force them to pay.

“But that’s not the owner’s fault,” said Nugent. “I mean the owner shouldn’t be responsible for that.”

King said he disagreed because the property owner was getting use of the city services to make money on his property, and that they should ultimately be held responsible for the bill.

In the ordinance, however, the wording places the responsibility on the occupant and the owner through “several liability,” meaning the city can get the full amount from the owner, the occupant, or any combination of the two.
“All liability for such city services shall be the joint and several liability of both the property owner and the occupant of such,” the ordinance reads.
In practical terms that means that if a tenant leaves behind a bill, the city won’t have to try to find that person and take them to court, but can instead get the full amount from the owner and let the owner track down the former tenant to get their portion of the money.

City Attorney Charles Mattingly said the owner could begin to get more money up front to prevent footing the bill for a disappearing tenant.
“One recourse they have, and it’s not necessarily a good one,” he said, “is the owner of an apartment building or the owner of a house, when he rents it, needs to get a bigger deposit from his renter in case the renter goes off in the middle of the night and leaves him with a big water bill.”

After more discussion the council decided to add a section about notifying the owner 25 days after the tenant’s bill becomes due, in order to give them enough notice to avoid big bills and problems down the road.

The first reading of the ordinance passed 3-2, with the no votes coming from Kevin Linn and Danny Doyle. The second reading, with the changes, will be read and passed at the February meeting.

The council also held the first reading of an ordinance increasing the fees for water deposits and water connections.
The deposit for rental units will become $200, up from $100; the deposit fee for new homeowners will increase from $0 to $150; and the connection activation fee, currently $35, will rise to $50. The second reading for passage will be held in the February meeting.

In other actions, the council also:
• Entered executive session to discuss litigation.
• Approved the minutes of the previous meeting.
• Approved the payment of the December bills.