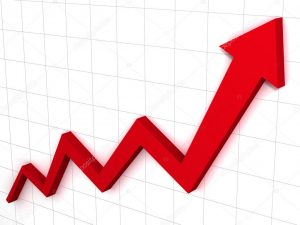 The number of active cases in Hancock County has continued its slow rise, although it saw a spike this week with a spate of new positives at a Lewisport nursing home, and while officials say the rise doesn’t change the safety procedures, the looming winter brings the threat of an even wider spread.
According to numbers from the Green River District Health Department, Hancock County had 117 confirmed positives with 90 of those having recovered, but there are 14 at Heartland Villa, a senior living home filled with those most vulnerable to the virus.

“We have had a total of 14 cases at Heartland Villa (7 employees and 7 residents),” said Clayton Horton, the public health director with GRDHD through an email exchange. “This too is a similar trend to what we have seen in other parts of the region with long term care facilities.”
Unlike in the summer, the change in numbers doesn’t necessarily mean any rules will change for the general public or the local response.
“It really doesn’t change anything on our part,” said Hancock County Emergency Manager Kyle Veach. “Basically what we’re hearing from CDC and Kentucky Emergency Management is still the same course we had in March: wash your hands, if you don’t feel good stay home, wear a mask and just socially distance.”

Veach said the county is still procuring PPE and distributing them to essential employees, government offices and healthcare facilities, but that although the local numbers are rising, the county is still doing well comparatively speaking.
“If you look at the region as a whole… if you even look at some of the smaller counties, we’re faring the best,” he said. “And especially with the amount of transit we have in and out, with people working in the plants who come in and out of the county every day, we are faring very well.”
“I think we’re running less than a 5 percent positivity rate on our tests that we have conducted in the county,” he said.

The running total of confirmed cases can only go up since it’s an ongoing tally, but Veach said paying attention to not just the total confirmed positives but also the number of those who have recovered tells the true story.  “The numbers can get you kind of skewed until you start thinking about percentages,” he said. “Don’t just look at the numbers, look at the percentage of that number that has recovered.”

Hancock County does have one death attributed to the virus, which occurred earlier this month, although that person is said to have had comorbidities that contributed to the death.
“That’s our first COVID-related death,” Veach said. “Do I think it’ll be our last? Absolutely not. As we go into the winter months our at-risk population are going to become more and more vulnerable to COVID-19.”

“We are concerned with going into the holiday season,” he said. “We’ve seen upticks and spikes after Labor Day, Memorial Day, Fourth of July, and most of those centered around outdoor activities, so we’re concerned with coming into fall with the holiday season what kind of increases and upticks we’re going to see after each holiday, because people are going to be indoors.”
Horton echoed that sentiment for the entire seven-county GRDHD region.
“We know that indoor interactions are inherently riskier when it comes to the spread of respiratory illnesses,” he said. “There are more inside interactions in winter than our warmer months. That is why we see a high rate of colds and flu every winter… (so) there is a potential for it to get worse this winter.”
dave.hancockclarion
@gmail.com