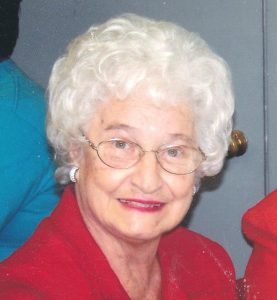 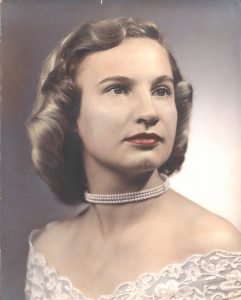 Dorothy Marie Richards Brown, 90, of Owensboro passed away Saturday, October 3, 2020 at Wellington Parc. Born September 22, 1930 in Hancock County to the late Johnnie Richards and Ethel Smith Richards, Dorothy graduated from Beechmont High School. She was employed with both G.E. and MPD in shipping and retired in 1993. Dorothy loved to travel with her sisters and visited over 75% of the states including Hawaii as well as Europe. She was social and very outgoing and social and active in her church with VBS, kids programs, and organizing hospitality dinners. Dorothy was a Kentucky Colonel and president of the Senior Babe Ruth League. She loved, planning and attending high school reunions and G.E. retirement dinners. Dorothy enjoyed working in her yard, taking family pictures, and UK basketball.

Visitation will be Friday from 4:00 until 8:00 pm and Saturday from 12 until 1:30 pm followed by a funeral service with limited attendance at Glenn Funeral Home and Crematory. Burial will be in Owensboro Memorial Gardens. Family and friends are asked to wear protective masks and social distance in accordance with the Governor’s mandate. For the visitation please enter the doors by the flagpole on the Breckenridge side of the building.

Memories and condolences for the family of Dorothy Brown may be left at www.glenncares.com