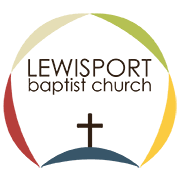 Now that virtual school is underway, one church’s grand plan to provide an in-school experience for dozens of students has necessarily changed to a smaller, more personal program for the ones who need it most.
Lewisport Baptist Church announced in August that it planned to open its doors to students who wouldn’t be allowed to attend in-person classes due to the coronavirus, and that it would be offering volunteer helpers, an internet hotspot in cooperation with the school district, and sort of an ad hoc childcare for working parents.

Soon though, the church learned it couldn’t even mention childcare due to regulations and restrictions, and that when the school year started, fewer students came wanting help than they expected. But the purpose of becoming a study center was still being fulfilled.

“We could not offer childcare…” said LBC pastor DeWayne Goodgine. “Because of that we’re not seeing 30 or 40 kids like we thought. Now we have had upwards of maybe eight or 10 kids.”
In the parking lot of the church sits a Hancock County School bus equipped with wi-fi courtesy of the school district, which allows students to connect to participate in online projects or download work for offline use later. Those same buses are also parked at Hawesville Methodist, Mt. Eden Baptist, Pellville Baptist and at South Hancock Park. But at LBC the doors are open for students to come inside.
“We have kids each day,” he said. “Not a whole lot but we are seeing some come, and some have come every single day.”

The parking lot sees constant traffic with parents driving their kids to connect to the web and then driving off to work at home, which is emphasizing the importance of offering the wi-fi.
“That connectivity I think is key. Some of these families, the internet is just not great,” he said.
And some, even if they have internet at home, still need help with using it.
“One of the big needs that we’re seeing is just navigating Google Classroom,” he said, of the program the schools are using for classes. “With our volunteers we’ve had to get up to speed on that a little bit to help.”

“Our volunteers want to help with the work but they’re having to kind of work through the technology struggles before they get to actually helping with the work,” he said. “So some of that I think has been a little bit of a challenge…”
Goodgine’s own son is at the church with him every day working on assignments, which meant he also had to learn it.
“He’s in my office but he’s here, so I’ve had to actively learn how to upload some of those things and submit and things like that,” he said.

While the church’s study center is open to any students, it soon became obvious that it wasn’t needed equally by all age groups.  “Kids that are coming in to the facility each day basically are grade school,” he said. “There’s not really middle school and high school, so the need is definitely with the little ones.”
One family comes every day, he said, and the father has taken vacation time to help out with his child but will have to go back to work next week. Other parents are stressed out about whether they will send their kids back to school if and when it’s allowed.

“I think families are trying to figure it out,” he said. “So in the meantime I sense just a thankfulness that this is a safe place where we have some strong internet and some people are willing to help my child, and that has really impacted some people.”
“So I think it’s met the goal of what we were trying to do,” he said, “which is just to come alongside, we see a need in our community and we’re just trying to help.”
dave.hancockclarion
@gmail.com