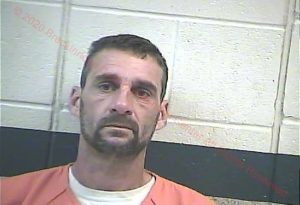 An Owensboro man has been indicted on multiple counts of sexual abuse against a victim younger than 12 years of age.
Gregory Lee Powers, 45, of Sturgeon Avenue in Owensboro, was indicted by a Hancock County grand jury on June 23, 2020 and was arrested last week.
According to the indictment, between March 1, 2019 and November 5, 2019, Powers subjected a minor child under 12 years old to sexual contact. The incidents took place in Hancock County and sheriff’s deputy Aaron Emmick appeared as a witness to the grand jury.
Powers is charged with five counts of sexual abuse, first degree, victim under 12 years old, but he’s also charged with one count of being a persistent felony offender, second degree.
Powers was taken to Breckinridge County Detention Center and held on a $50,000 cash bond, where he remained as of Wednesday afternoon at press time.