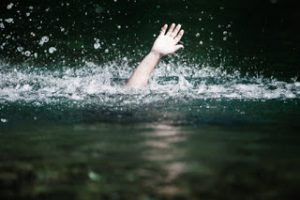 With less than half the year gone, Kentucky has already had more drownings than it had all last year; top cause of death, ages 1-4

With public swimming pools closed due to the pandemic, and some families having more free time from work, the number of drownings in Kentucky this year, 33, has already surpassed the number for all of last year, 32, according to the state Department of Fish and Wildlife Resources.

The causes aren’t clear, but “With pools now scheduled to open at the end of June, parents and guardians need to keep an eye on their children to ensure their safety in any body of water,” Norton Healthcare says in a news release, citing the state figures.  The fish-and-wildlife agency says there have been 14 drownings in lakes, reservoirs and streams in Kentucky since May 23, the start of the Memorial Day weekend.  “It’s concerning that we’ve seen a rise in drownings even before many pools are open,” said Brit L. Anderson, pediatric emergency medicine physician at Norton Children’s Hospital in Louisville. “While many people are aware of the risks of swimming pools, it’s important to remember that other bodies of water can be dangerous, including ponds, rivers, drainage ditches and even bathtubs or backyard wading pools.”
Drowning is top cause of accidental death in children ages 1 to 4 in the U.S., according to SafeKids.org. Two-thirds of toddlers’ drownings occur from May to August, so the summer is the time to safeguard children, the Norton release says. And the safeguarding need to be vigilant; the National Drowning Prevention Alliance says nearly 90 percent of child drownings happen when at least one adult is present.   “Children require constant, attentive supervision when they are in water,” Anderson said. “If there are multiple adults, they need to communicate to make sure someone is watching the water without distraction. Drowning is often silent and can happen quickly.”

Local swimming instructor Dave Cowden said when small children are in the water, adults need to be aware at all times. He said all it takes for a child to drown is for an adult to turn his or her head away for just an instant. He also said parents with pools at home need to be vigilant. Cowden said many times a small child manages to sneak out of the house unobserved and make his or her way to the pool, and fall in and drown before anyone notices the child missing. He said to keep doors locked going out to the pool.
“I don’t want anyone’s child to drown,” Cowden said. “It breaks my heart.”   Here are safe swimming reminders from Norton:

*Don’t swim alone, especially children. Use the buddy system so there’s always someone looking out for you and loved ones.

*At least one adult should supervise children around water at all times.

*Don’t let yourself get distracted by talking with friends, reading, drinking alcohol or using your phone when it’s your turn to supervise.

*Adult supervisors should be trained in CPR. Eligible CEU Training.

*If you own a pool, make sure it has a fence completely surrounding it, separating it from the house.

*Teach children lifesaving skills, such as how to float on their back, tread water and move to the side of the pool to climb out.

*Don’t rely on inflatable toys and water wings to keep a child safe. Children can easily fall off of toys or slide out of wings and slip under the water. If the child is using inflatables, you should be right there with a child, especially if he or she cannot swim.

*Kentucky law requires each occupant of a boat to have ready access to a U.S. Coast Guard-approved life jacket. Children younger than 12 must wear a life jacket while in the open portion of a boat that is underway.

*Most boating accidents, particularly among teens, are related to alcohol. Be sure teens know about the dangers of alcohol, on and off the water. Effects of Alcohol and Boating Stressors