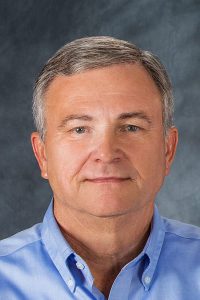 A well-known figure in Hancock County’s business community died Tuesday after a battle with pancreatic cancer and the effects are sure to ripple through the multiple organizations and lives he touched.
Danny House, who is most widely known as the longtime owner of House Insurance Services in Hancock County, was also known for his work with charity and community groups, as well as local sports teams.
House, 68, was heavily involved at Lewisport Baptist Church where he served as treasurer and taught Sunday School, and he was a past president of the Hancock County Chamber of Commerce, served on the boards of Hospice of Western Kentucky and United Way, as well as being named Hancock County Citizen of the Year in 2011.
He was a former president of Hancock County Little League, Babe Ruth, and the high school baseball and basketball booster clubs, and coached the 1991 13-year-old Rough River Babe Ruth All-Stars to the Kentucky state title before playing in the Babe Ruth World Series in New Jersey.
In addition to his public accolades, he was a husband, father, grandfather and friend.
“Danny House was one of the best friends I had,” said David Ross, president and CEO of United Way Ohio Valley. “He was the kind of person that you just wish everybody would be.”
House had served with the United Way for years as a community investment volunteer and was the chairman of the former Hancock County United Way. Like other organizations, House was lauded by the United Way too, having been given the Martin Robertson Memorial Award in March 2013, as well as a host of other awards.
“He has won every award that United Way has to give,” Ross said.
“Any time agencies, in Hancock County especially, needed something, Danny tried to work behind the scenes to make it happen,” he said. “He was a man of faith. He liked to have fun, but he liked to get the job done.
“He is somebody that quite frankly we already miss terribly,” he said.
Calling it a deep personal and professional loss for the community, Ross said that although he and the others at United Way Ohio Valley knew House was battling pancreatic cancer, they were not prepared for the end to come so soon.
“We knew without a miracle that this day would come, but we weren’t expecting this for months,” he said. “I informed the staff this morning and literally they broke down in tears.”
“When I heard the news I thought a mighty oak has fallen, the likes of which I may not see again in my lifetime,” he said.
“He just wanted to help everybody he could, he used good judgment, treated people fairly, and was a man of faith,” he said. “What more can you ask?”
dave.hancockclarion
@gmail.com