Hancock County’s oldest industry announced last week that it’s closing down for good, nearly 65 years after it opened its doors as the first of the many industries that formed the economic backbone of the county. Dal-Tile announced last Thursday that it will shutter its Lewisport plant at 675 Melanie Lane on July 17 and lay off all of its 67 employees.

“Dal-Tile, the largest manufacturer of ceramic tile in North America, today announced it will consolidate its quarry tile manufacturing to align its production with market demands,” the company said in a May 14 press release. “As a result of this restructuring, its tile manufacturing facility in Lewisport, Ky., will discontinue operations in the third quarter of this year.”

As part of its plans to close the company had to file a Worker Adjustment and Retraining Notification (WARN) notice, in which it gave the expected date of closure of July 17, 2020. Of the 67 employees, the notice said eight are salary and 59 are hourly. The decision to close is based on changes in the tile market, which the press release says has shifted more toward porcelain products, which the company makes at other plants. The quarry tile produced at Lewisport is also produced at another, newer plant.

“After thoroughly examining our quarry tile production capacity and customer demand, including the projected impact from the COVID-19 crisis, we determined that continuing quarry tile operations at two plants was not feasible,” company president Matt Kahny said in the press release. “Our Lewisport plant has been a significant part of the local community for more than 60 years, which made this very difficult business decision even more challenging,” he said. 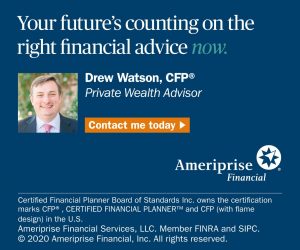 “Murray Tile was the beginning of the industrial revolution in Hancock County,” said Lewisport Mayor Chad Gregory, whose city will take the biggest financial hit from the closure. The city owns its own natural gas system, and the tile plant has always been its biggest customer. “It’s going to hurt our gas revenue tremendously, probably by a third, if not more,” he said. That gas system funds the rest of the city’s operations, so losing that revenue will be a big impact. “It’s going to be a significant blow,” said Gregory, “because Dal-Tile was our biggest revenue producer in the city of Lewisport’s portfolio, and now it’s gone, or it’s going to go.”

The plant was a boon to the city when it was announced in the August 19, 1954 Hancock Clarion with the headline “Half-Million Dollar Tile Plant To Be Built At Lewisport” and a subhead that read “This will be a major industry for Hancock County – the first to be located here in many years.”

Murray Tile president Ed Adams announced that the company, located in Cloverport, would begin construction on a plant about October 1 of that year and would house a 300-foot electronically controlled tunnel kiln. It was expected to hire about 50 employees. It opened for business on July 1, 1955. In June 1959 the company merged with several others to become American Olean Tile, and in 1960, a second kiln was added, the same year the company built what a Clarion article called “one of the most modern office buildings in the state.”

The city bought and operated its own natural gas system in 1958 partly based on the knowledge that it would have a big customer in the tile plant. In 1996 American Olean Tile merged with Dal-Tile and in 2002 was bought by Mohawk Industries, although the Lewisport plant retained its Dal-Tile name.

While other industries captured headlines and Harvey Aluminum’s mill nearly 10 years after Murray Tile gets most of the credit for being a turning point in the county, the tile plant was more important than many realize, according to Hancock County Industrial Foundation Director Mike Baker. “I think it’s fair to say that Dal-Tile was the first of the manufacturing legacy that we have here in the county,” he said. “They kind of led the way.” “So it not only has an impact economically, but it’s also sad that a long established company is no longer going to be doing business in our community,” he said. From the beginning, including in the 1954 announcement of the plant, L.R. Chapman has been closely linked to the tile plant since it supplied the clay used to produce the tile.

Gary Nugent, Jr., the current owner of L.R. Chapman, said his company still provides all the clay for the plant and that its closure will hurt his finances a little, but he can shuffle workers around to avoid any layoffs. He’s more worried for the 67 people at the tile plant who will be losing their whole livelihoods.“The bigger concern I guess is for the people that work there that are not going to have a job period,” he said. “I know that there’s people that have been there for years, 20 years plus, and I hope they can find employment quick. That’s my biggest thing in the whole thing, I just hate it for the people that work there.”

That concern was shared by Hancock County Judge-Executive Johnny “Chic” Roberts. “It’s certainly disappointing news and I know it affects a lot of people and it’s a bad situation,” he said. “It’s been a very important part of our community. A lot of people here have spent time there, worked there, or had a family member work there, so you hate to see that happen after such a long history here in our community.”

In Lewisport, Gregory said the city has the employees in the forefront of its mind, even with the looming decrease in city revenue. “First of all on behalf of the council, our thoughts and our prayers go out to the families that are affected with the job losses,” he said. The city will be losing possibly more than a third of the gas system revenue, which pays for the operation of everything else in the city, so Gregory said the city will have to find ways to lower expenses or increase revenue, and their expenses are already low.“We keep our expenses to bare minimum,” he said, adding that they’ve streamlined employees’ jobs through technology. Other expenses like insurance and chemicals will continue to increase, he said, and that mostly leaves the revenue side.

“Obviously we’re going to have to restructure our budget,” said Gregory. “We’re going to have to make decisions that aren’t so popular… We cannot sit back and pretend this didn’t happen.” Once the plant ceases operation on July 17, the building and the more than 80 acres it sits on will remain. Presuming Dal-Tile puts it up for sale, the county and the industrial foundation will begin trying to find a new tenant as soon as possible. “The county along with the industrial foundation will be looking to try to find someone to occupy that building in the future,” said Roberts. “Just to try to get someone that’s a good fit for that facility going forward.”

Baker said the industrial foundation will handle the Dal-Tile building like it did the formerly vacant Alcoa building, which is currently being renovated for Envision Modular to begin operations there.They will work with the company and the state economic development cabinet to ensure that manufacturers are aware the building is available and what all it offers, like direct access to Highway 60 and rail leading straight to the site. “We would see that as a potential existing brownfield site for another manufacturer to come in to the community,” Baker said.

With the COVID-19 pandemic throwing a wrench into the entire economy, Roberts said it’s difficult to figure out how things will progress in the near-term.“That’s one thing that I think there’s a little bit of uncertainty all across the country and the situation’s the same here in Hancock County…” he said. “When you look at unemployment, what’s it going to look like in September, what’s it going to look like in October or November?” “This was basically an engineered shutdown of the economy in regards to the virus,” he said, “so you hope the demand comes back pretty quickly for some of the products that our manufacturers will supply to their customers.”

Baker said the virus adds an unknown variable, but he hopes that the economy can get back to where it was recently, where the problem was too many jobs and not enough workers. “Just in the middle of  March, prior to this coronavirus, we were looking at a 3.2 percent unemployment,” he said. “And here we are eight weeks later and the unemployment rate for Hancock County in March is 5 percent, but that doesn’t reflect the impact of the economy shutting down in April and the first 10 days of May. “So we’re probably going to be looking at an unemployment rate in the 30 percent range as a result of the coronavirus,” he said.

Gregory said his city will face the upcoming problems head-on and will work through them and find a way to be OK on the other side. “This city was built on ingenuity and minds coming together,” he said. “We’re going to do this again. We’re going to get through it and we’re going to be fine.”