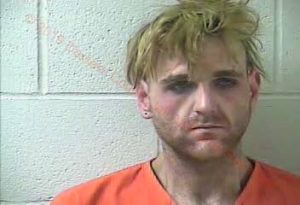 A Lewisport man is facing murder charges three years after the death of a Daviess County man after police say new information led them to believe he helped kidnap the victim.

Jacob Tobias Miller, 27, has been charged with kidnapping and murder in the 2016 death of 29-year-old Tromain J. Mackall, who went missing in July 23, 2016 after a party in Whitesville. His body was later found inside a toolbox that was floating in Spring Fork Creek in Grayson County.